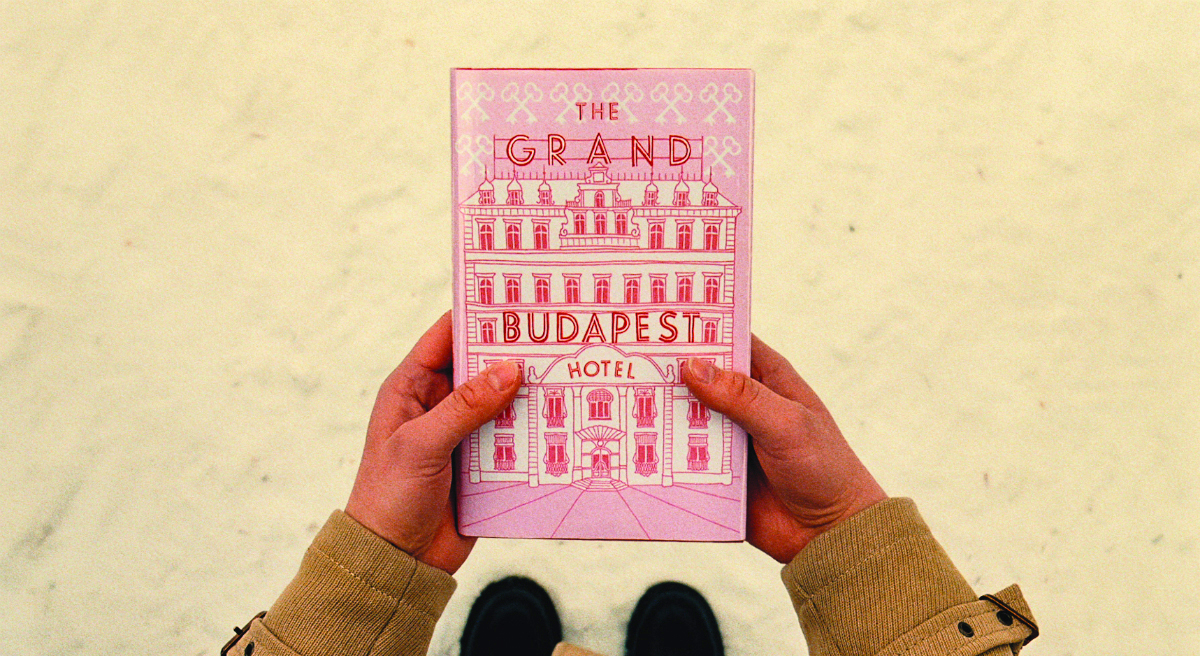 Just like protagonist Zero (Tony Revolori) with hotel concierge Monsieur Gustave H. (Ralph Fiennes), we the audience come under the strict command of director Wes Anderson in entering the world of The Grand Budapest Hotel. Nay-sayers may have it that he is an old dog without new tricks, but in fact, Anderson has found a way to master that which he has been exploring extensively until now: the construction (literal and figurative) of intriguing, idiosyncratic self-contained worlds. Following on from the success of 2012’s Academy Award-nominated Moonrise Kingdom, Anderson has proven himself truly worthy of the title of ‘auteur’.

With Hotel, Anderson has surpassed his usual skill for establishing self-contained worlds; it is not merely his meticulous mise-en-scene or narrative quirks, it is the way in which his construction of a new world withstands the rigours of a layered story-within-a-story. Anderson is no stranger to this; it is a key thematic concern in The Royal Tenenbaums (2001) at least. However, his latest venture takes this nostalgic immersion one step further.

It is the image of a devotee at the mounted bronze bust in a park, of the aged Author (Tom Wilkinson) with which we open, but the aged Author’s monologue leads us to his recollections of his meeting (as a young man in the form of Jude Law), with the older Zero Moustafa (F. Murray Abraham). As the two men dine in the vast space of the dining hall, Zero gazes past the hotel’s dilapidation back through to its glorious hey-day. His reminiscence, and his accompanying narration, eases us into its history, following from his newly-appointed position as lobby boy-in-training. With the revelation that one of M. Gustave’s affluent, elderly lovers (Tilda Swinton) has died, bequeathing him an expensive painting, the two attempt to keep it from the clutches of her dastardly son (Adrien Brody). A comic, often grisly series of capers ensue in pursuit of the painting. If you happen to see some fingers get chopped off, never fear: you’ll be laughing, not wincing. All of this, against the backdrop of a burgeoning, presumably Fascist power which seeks to engulf Anderson’s fictional rendition of a Middle Europe.

Now, if there happen to be soem grizzly moments, they are handled with comic finesse: he has borrowed from the best, after all. The film’s manic antics and its comedic rhythm harks back to the screwball comedies of the 1930s, which Anderson willingly acknowledges as influential – so much so that they were prescribed as mandatory viewing for the cast (including Anderson newcomers Saoirse Ronan and Lea Seydoux) during pre-production.1 Our heads turn and our ears are kept pricked as we follow what is almost a comedic tennis match:

“‘Have you ever been questioned by the authorities?’

‘Yes, on one occasion, I was arrested and tortured by the rebel militia –’

Juxtaposed with this borrowed comic influence is a resounding pathos, which is derived from the film’s continual glance over the shoulder back into an unrecoverable past. Not only is this nostalgic longing owed to another chief influence, the late European author Stefan Zweig, but the film’s Babushka doll-like encasement of story within story certainly takes its cue from Zweig’s 1939 novel Beware of Pity. Zweig’s work provided the impetus for Anderson to complete the developing project with friend and collaborator Hugo Guinness, with whom he also co-wrote the film adaptation of Fantastic Mr. Fox (2009).

Despite the complexity of layering a story through several different eras and the reminiscence of several characters, Hotel is as expert and delightful a concoction as any of Mendl’s cakes. Cinematographer on all live-action Anderson pictures, Robert Yeoman permits the usual array of tools to construct Hotel’s fanciful world, familiar to us yet separate from our own. These tools – whip pans, chapter titles, elaborate tracking and panning shots, amongst others – are nothing new to the discerning Anderson acolyte. These have been tried and tested in other films: The Life Aquatic with Steve Zissou (2004), The Darjeeling Limited (2007), Fantastic Mr. Fox (2009), and so on. Nevertheless, we see Anderson triumph over the story’s increased demands for internal logic and emotional verity in maintaining this visual style, as well as the aforementioned emotional poignancy and comedic verve, throughout a narrative spanning several eras.

In fact, this fastidiousness of style is what charms us. Characters haphazardly skiing down mountain slopes, or shots of hotels revealed in their vast grandeur, are evidently taken on miniature sets and with the limited aid of visual effects. Each frame adheres to a strict colour palette, dominated by fairy-floss pinks and dowager-lipstick reds. These filmic devices are self-reflexive, they draw attention to themselves as markers of the film’s fabricated nature, but because we are consistently presented with a constructed quality throughout, it is easy to marvel rather than grumble.

Recently, Anderson was cited briefly in a New Yorker article as one of the independent filmmakers of the 1990s having given Hollywood a “shot of energy”. The article goes on to note others who fell by the wayside in the familiar struggle to gain professional traction in the world of cinema, and it does not expound on why Anderson and others mentioned succeeded. It is a safe assumption, though, that from here, he can only go up. So long as he can continue to translate his particular brand of filmmaking to new and intriguing worlds, moviegoers will be there to watch him do it.