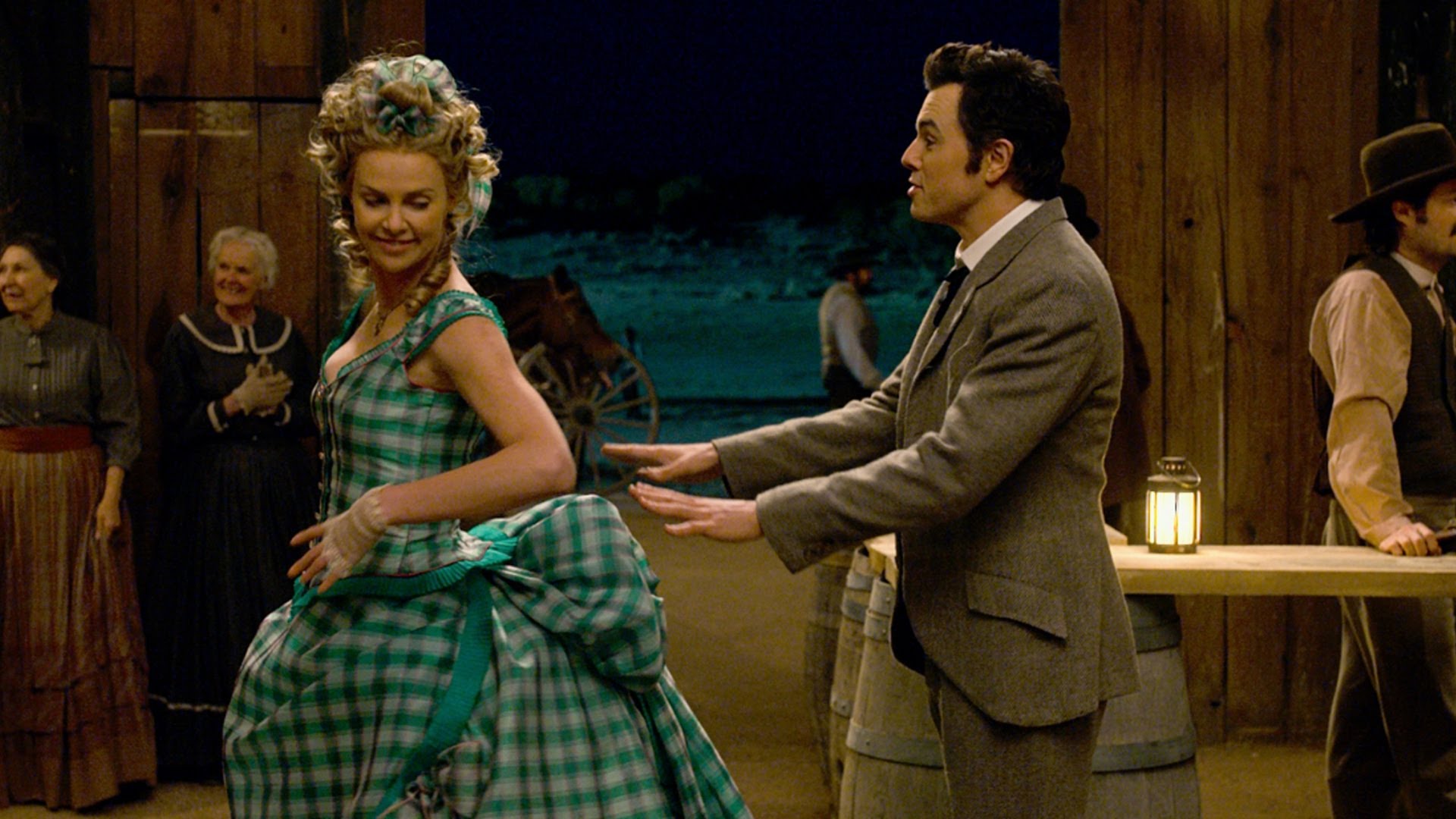 Irreverent, offensive and more self-aware than Skynet, the Seth MacFarlane brand of comedy is so widespread and influential today that it’s difficult to remember that just ten years ago a cult program called Family Guy’s completely absurd non-sequiturs and cutaways, extremely obscure pop culture references and a jarring disregard for the fourth wall were pretty ground-breaking. MacFarlane went from strength to strength and about 18 months ago was on top of the world – the former animator and gag writer for shows like Johnny Bravo was the highest paid writer on TV, had a polarising but effective Oscar hosting duty (he brought up ratings in the targeted young adult demographic, and had the blogosphere arguing over problematic terms like “ironic sexism”) and generally seemed pretty untouchable. His directorial debut Ted succeeded beyond wildest expectations, both commercially (it’s the highest grossing R rated comedy ever) and even critically – The Guardian picked it as their 2nd best film of 2012, beating out Amour and Holy Motors (!). Hell, he even dated Daenerys Targaryn. However, his sophomore feature, A Million Ways To Die In The West, comes at a crucial time for Macfarlane, coming off some of his first failures – the probably ill-conceived The Cleveland Show ran longer than anyone expected, but was cancelled last year and in his first true swing-and-a-miss, his executive produced sitcom Dads was canned after one season and more crucially, a rare 0% Rotten Tomatoes score. Even hardcore fans of Family Guy admit that the flagship show’s best days are behind it – between all of this, it seems there just may just be a general sense of MacFarlane saturation, so his second film may be facing a particularly critical reception.

So is it actually any good? Yes and no, though I’d lean to the former. MacFarlane has made a Western that goes back and forth between satire and homage while working on both levels, though it’s more problematic as a project that’s so clearly a Seth MacFarlane film, and these issues include (but are not limited to) his own casting in the lead. From the opening titles, MacFarlane’s clear respect for the genre shines through – there’s no shock humour cold open, and even the introductory narration is preceded by a lengthy, truly old school opening titles with 1950’s era fonts, an evocative and nostalgic score and a sweeping landscape. John Ford turned Monument Valley into the landscape for the West in the popular consciousness and it’s no coincidence MacFarlane chooses the same spot. In fact, there’s a level of detail in the film’s setting, costumes and set design that really did surprise me. One of MacFarlane gifts as an artist has always been an encyclopaedic knowledge of pop culture to draw from, and his familiarity with the genre is continuously apparent; from the saloon to the jail, every location is exactly as it should be that gives us a real familiarity to the world without needing to spend time fleshing it out. There are details around the town that a Western fan will appreciate (colourful characters seen for less than a second and out of focus in the background at the fair, for example) and some really subtle touches – an outdoor sequence was staged just the right way that evoked a sudden deja vu of the films of Budd Boetticher. Also, the casting of pop culture hero Liam Neeson as the dressed in black heel is a pretty good allusion to one of the most legendary casting decisions in cinema history, of Henry Fonda in Once Upon a Time in The West. In all, the film doesn’t cut corners and the director has done his homework for his foray into the Old West. This familiarity and reverence for the time and place makes the satire on it work because we know it comes from a pretty close engagement with the genre, as Western tropes are continually skewered which provide a lot of the film’s best moments – an old fashioned bar-brawl turned up to elevent worked in particular, as did the film’s recurring gag of people not smiling in photographs.

MacFarlane’s presence in front of the camera does leave some issues however; he’s likeable on screen and funny when he needs to be, but in the dramatic scenes (there’s a surprising amount) he doesn’t quite deliver. Perhaps this is more typecasting from his own works, but his acting style looks sort of smug and light-hearted – he has the face that makes it look like his eyes are smiling even when serious – so that when he does deliver some pretty ordinary but dramatic lines (of the “Of all the girls, I thought you were different” variety) we’re subconsciously waiting for the other shoe to drop with some gag, wink or subversion with the material at hand –Family Guy doesn’t even pretend to be interested in emotional or dramatic arcs or closure anymore, and when you try and speak in the clichés that you’ve spent your whole career lampooning, the audience doesn’t buy it. Likewise the dramatic stakes – staging a horse chase with the rider trying to cross tracks to beat an oncoming train – is such a tired trope that it feels weird that he milks it for dramatic tension, and it’s not until the scene ends that you realise it didn’t work because you were anticipating a joke, at how unlikely or convenient such a thing is or flipping it on its head somehow, that never came. Ted worked because of a terrific Mark Wahlberg performance that balanced comedy and drama convincingly, but MacFarlane’s presence means the routine dramatic bits aren’t that effective for the same reason people were confused at his serious Sinatra-esque lounge album.

But for the average viewer none of the above means anything, and there is the school of thought that judges a comedy on the pragmatic level: is it funny? I think yes. It falls into the trap that all mainstream comedies do (a lot of the good jokes are in the trailer) and there are jokes that miss, but for the most part it’s a really good time. Charlize Theron is a little self-serious and Liam Neeson is surprisingly joyless on screen (even as the bad guy you wonder if Neeson was told this was a comedy) but the rest of the cast are all pretty great – I’m a little tired of Neil Patrick Harris’ shtick by now but he’s fairly entertaining, but the revelation is Giovanni Ribisi. The sole highlight of the aforementioned misfire Dads, Ribisi as the boyfriend of a local prostitute (Sarah Silverman) steals every scene he’s in and has fun chemistry with MacFarlane’s hero. The cop-out, one sentence review of the film is that if you enjoy MacFarlane’s comedy, you’ll likely enjoy this – from the gross-out humour (a lot of body fluid jokes) to the provocative but quite incisive jokes on paedophilia and racism in the old West. A lot of this is to be expected, and there’s about a half-dozen really inspired, hilarious cameos to look out for as well (though I was disappointed there was no Conway Twitty). There’s also a particularly amusing irony that the Western was once such a bastion of sincerity and wholesome family values that accounted for its popularity for decades through Hollywood’s more conservative years, which makes it all the more hilarious when you have a gag of a man shitting into a hat for a whole minute. The middle-brows will disagree, but I’m sticking with a recommendation for this one.