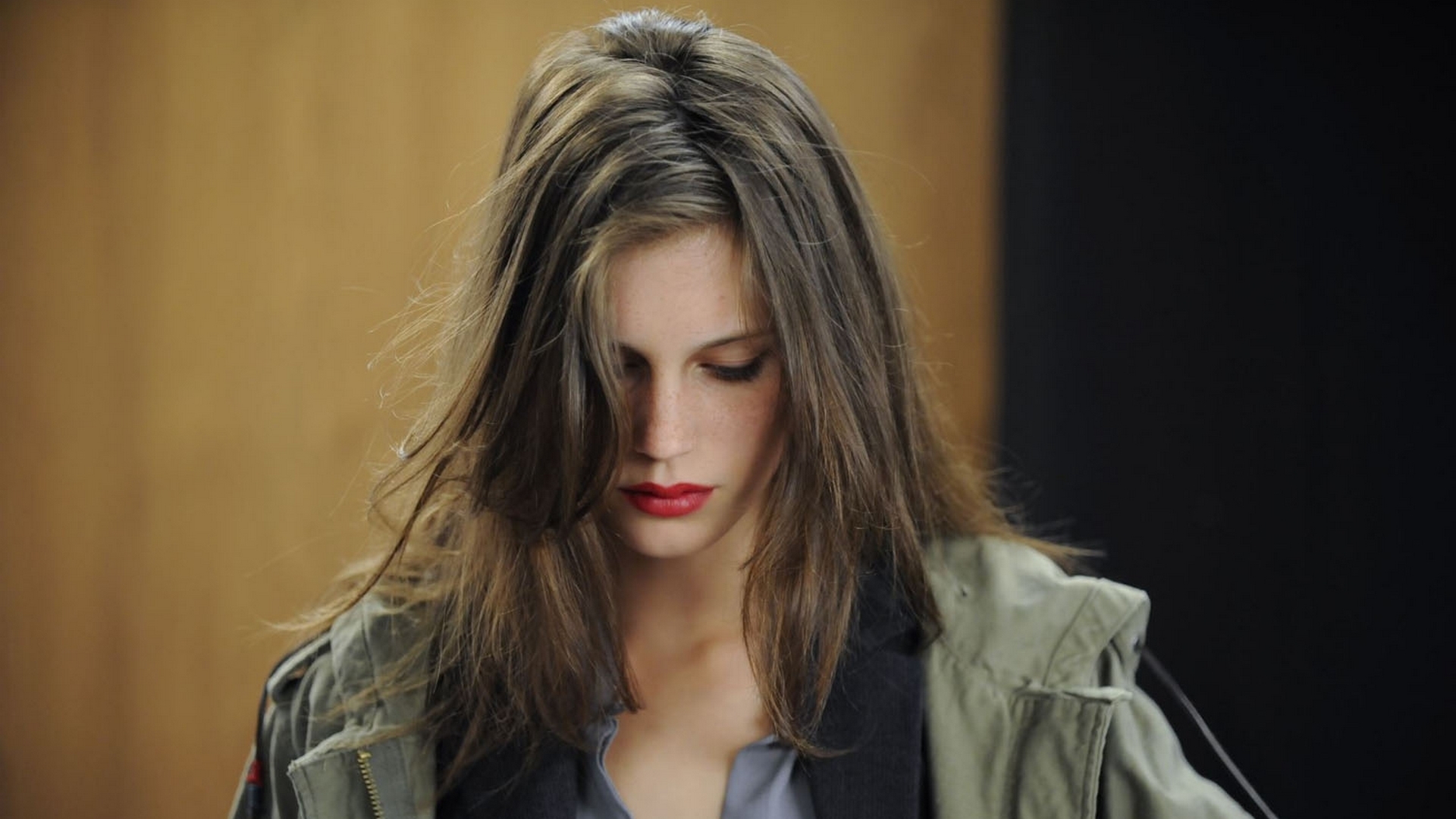 Young & Beautiful, François Ozon’s latest film, tells the story of a seventeen-year-old prostitute, Isabelle (Marine Vacth). Isabelle is indeed both young and beautiful, so beautiful in fact that she only starts whoring after an older man comes up to her on the street and offers to pay her to have sex with him. For the most part, the character of Isabelle diverges from that of the typical prostitute. She is no downtrodden substance abuser. Rather she comes from an upper middle-class family. She has a mother who cares for her, a close female friend at school, and a surplus of teenage male admirers. Moreover, she doesn’t enjoy the sex with her clients, at least at first, and so the question Ozon forces us to as is, why would a girl like Isabelle decide to become a prostitute?

The premise of the film, when taken at face value, teeters on the brink of realism and stock male fantasy: stunning girl actually wants to have sex with older men for money. (How convenient the narrative is that facilitates moral exculpation!) However, Young & Beautiful is a thought-provoking film and it is in Ozon’s defence that he offers us an empathetic and nuanced exploration of Isabelle’s attitudes regarding love and sex. For me, it was a film about that ubiquitous tussle over an individual’s sexuality; on one side is Isabelle, the autonomous, sexually awakened agent (early in the film, her younger brother catches her masturbating in her bedroom), on the other is society and its pernicious commodification of female sexuality.

For example, Isabelle thinks of her virginity loss as something she must “get over and done with”. It happens on a date, on a beach. He flirts with her, then kisses her, and the whole time she is reserved, slightly pained even. She watches him unflinchingly, in the way that a suicidal girl might watch someone who happens to want to kill her. He says to her, “Is this your first time?” She nods. We see the back of his head juxtaposed with her face, staring blankly into the camera as he pulls up her skirt and starts thrusting. After a few moments, someone approaches. Gradually the silhouette comes into focus. It crystallises into a gorgeous still, the chiaroscuro reminiscent of a Bill Henson photograph, and we see that it is Isabelle. She watches her date have sex with her as a detached observer. It is a metaphor for the notion that her sexuality must be experienced indirectly, only coming into focus when observed through the lens of male desire.

Throughout the film we are encouraged to withhold judgment. It is possible, for example, that Isabelle is depressed. (In saying this, I feel like I’m giving Vacth’s acting the benefit of the doubt – her expression is almost always blank.) Much of the film is shot from a distance, suggestive of Isabelle’s alienation, and escalators and rotating doors are an effective trope, alluding to the passivity that pervades her sexual encounters. In this sense, Isabelle represents a new type of sexual deviant. She is no doe, trembling in the forest of her own iniquity, but rather an alexithymic statue, propelled into a concrete jungle by the vagaries of male lust.

It is also pertinent that Isabelle’s experiences as a prostitute are structurally bookended by two sexual experiences with boys her own age. Towards the end of the film, Isabelle engages in what traditional society would deem a ‘healthy relationship’ with her peer. He asks her, after the first date whether she wants to come back to his house, presumably to have sex and she says, “Not on the first day.” Later, when she does sleep with him, she finds the experience underwhelming and afterwards breaks up with him. “Why?” he asks, and she replies, “I’m not in love with you.” Such experiences, Ozon insinuates, may be just as transactional as those between a prostitute and her client, and the upshot of this is both sinister and bleak. If Isabelle’s only source of power is the erotic capital inherent in her beauty and her youth, perhaps she is wise to charge money for it. If she cannot fight against a society that insists on her commodification, she may at least reap profits.

I would recommend Young & Beautiful. It is an original tale, fraught with moral ambiguity. That said, it drags on a bit, and Vacth, though a compelling presence, could afford to learn a few more facial expressions. I particularly enjoyed the character of Victor (Fantin Ravat), Isabelle’s pre-pubescent brother, and the suggestion that Isabelle’s choices might affect the way he later treats women. Indeed the film’s strongest aspect is its critical exploration of today’s society, a society where the tropes of pornography haunt even the most formative of sexual experiences.