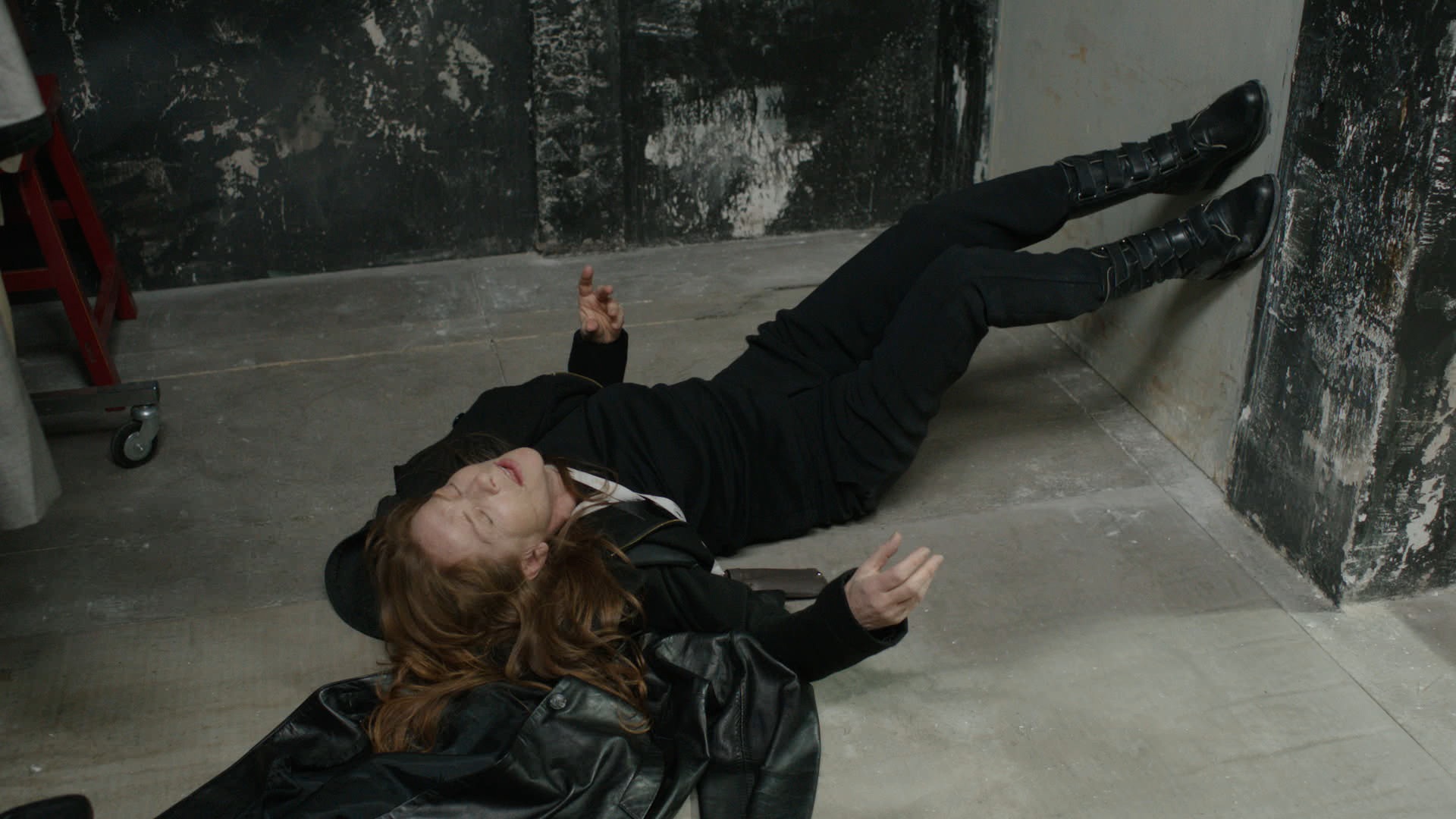 In every festival program there are clear trends that emerge, and in 2014 we’ve seen many films that try to blur the line between fiction and documentary and which have positioned the subject of the film in a particularly interesting position, who more often than not has been the filmmaker themselves. From the opening night, the Nick Cave is-it-a-documentary 20, 000 Days on Earth set the tone of formal experimentation and artistic self-analysis, and it’s emerged in other curios such as The Kidnapping of Michel Houellebecq, Is The Man Who Is Tall Happy? and The Second Game. Despite being a well established name in world cinema and with an astonishingly intriguing premise, Catherine Breillat’s Abuse of Weakness seems to have slipped by many people’s radar despite being one of the most impressive films I’ve seen so far at the Festival.

One of the ideals film buffs love to cling to but often invariably don’t follow is this notion of going into a film blind, and this especially seems to particularly occur during the unique atmosphere of a film festival – there’s no purer cinema experience than a group of cultural emus putting their head in the sand and avoiding all trailers, interviews or other media about the film so as to go in unsullied and let a new experience wash over them and write its own story on their mental carte blanche. There’s a romantic notion to this that I’m loathe to question, but occasionally this will put one in pretty bad stead – to go into Abuse of Weakness without understanding the context would be akin to entering the cinema without overpriced popcorn, a ticket, eyeballs or any other viewing prerequisites, and would rob the viewer of one of the most engaging and personal film experiences of the Festival.

In 2004 Catherine Breillat, acclaimed director/novelist (Fat Girl, Romance) suffered a cerebral haemorrhage and a stroke, paralysing her left side. After the recovery and once she had recommenced her work, she met an infamous conman Christophe Rocancourt, widely known for masquerading as a Rockefeller and scamming millions. Intrigued by this mysterious and charming criminal, Breillat offered him a role in her next film, and developed a strange relationship, throughout the course of which she gave him money for all sorts of artistic ventures and investments, totalling roughly €700,000. At her lowest point, she wrote a book about it, and claimed the same thing that the courts eventually charged Rocancourt with – abuse of weakness – as an explanation to how this incredulous thing could happen, of handing over life savings to a known criminal. What this film seeks to discover is whether this was truly the case, and in a searing self-indictment, what exactly this weakness of hers was.

There are only two substantial characters in the film, with names curiously changed from their real life equivalents. Isabelle Hupper plays Breillat surrogate Maud, while the inspired and surprisingly effective casting of French rapper Kool Shen as conman Vilko plays her friend/confidant/predator. The facts and events are portrayed clearly – recovering from a stroke, Maud chances upon seeing the conman doing an arrogant and unremorseful TV interview about his recent scams, and she reaches out to him to star in the film. Their relationship develops, and she hands over cheque upon cheque until she’s bankrupt, end film. A simple film on the surface, Abuse of Weakness would seem sparse and unsatisfying to any viewer unclear as to the film’s context and purpose. Rather, it’s a film that invites incredibly close and patient viewing for this film where everything is subtext. Complex psychology and power struggles in the strange relationship, that only works because of tremendous performances – Kool Shen has a quiet intensity in his role that capitivates and causes unease on screen. As for Maud, very few actors could have made this character, so deliberately underwritten, as captivating as Isabelle Huppert does. At any one point, whether it be a tortued close-up of Huppert’s face, or an interaction between Vilko and Maud, we can read so many conflicting emotions and thought processes in Huppert’s truly astonishing, layered performance.

This close reading of the character and text becomes ultimately the game of the film, less spectator sport than a complex choose-your-own adventure, constructing our own theories inside a probing expedition into one woman’s personal trauma. What the film presupposes is that this abuse of weakness that Rocancourt exploited was not merely that of a recovering stroke victim still not with all her wits together . Although Breillat doesn’t discount this altogether, she courageously hypothesises about other ‘weaknesses’ that led to her own private misfortune. Is her own strained relationships with her immediate family a major cause, as her terse and distant interactions with them in the film may suggest? Or is her attraction to Vilko/Rocancourt physical? She also clearly relishes her perceived control over the man through his dependence on the cheques she can sign to him, and the film suggests Maud/Breillat does have a subconscious chip on her shoulder in this regard, which may be a manifestation of the previous insinuations or of some deeper psychological urge altogether. In any case, there’s a strong dependency that she has to her predator against all better judgement that Breillat is simply too self-critical to believe was purely the result of her medical condition and rehabilitation. It’s morally confronting how harsh the film is in its hypotheses – no matter the answer to all this, Rocancourt’s actions are clearly unconscionable in the moral and legal sense of the word, yet he’s not the focus of any blame or ill will. This is a deeply personal exercise of self-analysis, shame and confusion.

There’s a cynical argument that this film is disingenuous, only entertaining these ideas after Breillat has won the court case, made more films and for the most part got on with her life, but I don’t agree with it – the confusion and disappointment she casts on herself feels too authentic, trying unsuccessfully to use hindsight to explain those things we all have – periods, actions or beliefs we’ve had in the past that publicly or privately shame us and that we genuinely can’t rationalise or understand later. Only Breillat has turned this into a uniquely captivating, brave, self-deprecating and affecting film that is auteur navel-gazing in the best sense – genuinely incisive and self-critical, deeply personal and above all, a unique cinema experience.