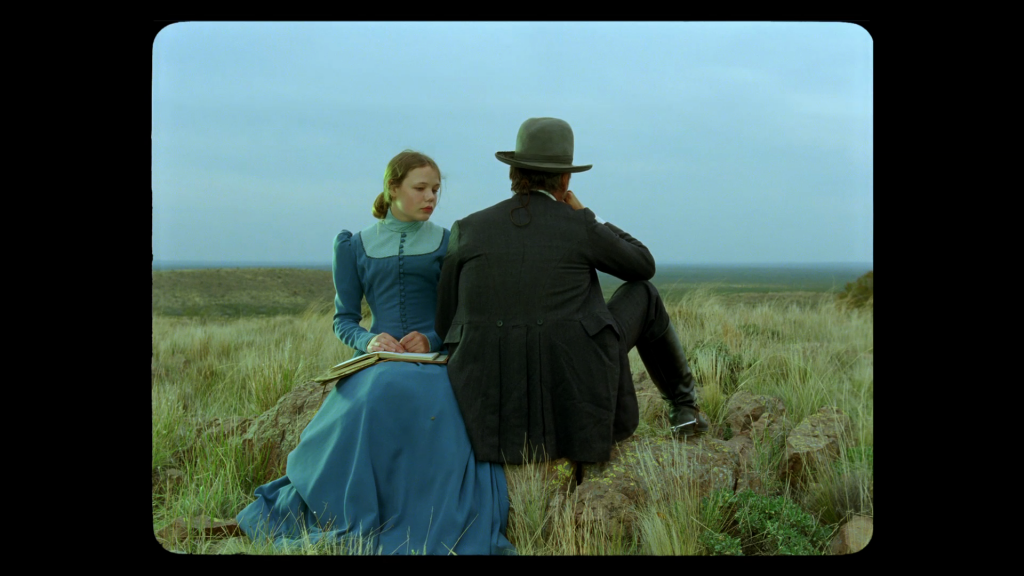 The screening of Jauja I attended on Wednesday evening was marked by a quite astounding number of walkouts, more than at any other film attended by 4:3 writers at the Melbourne International Film Festival. The fact of audience members (though maybe not the number) walking out of the film is perhaps not too difficult to understand: it is a slow film, relatively little occurs over its 108-minute run time, and fans of its lead, Viggo Mortensen (here in his first Danish-speaking role), will find few reference points in the actor’s filmography. But what struck me was that Alonso’s newest film is almost certainly his most accessible work yet, at least in terms of its status as a narrative film. His previous works, especially his last MIFF entry, Fantasma (MIFF, 2006), exhibited an even greater degree of narrative restraint, paring his characters’ actions and psychology back to an absolute minimum.

Perhaps what frustrated the MIFF crowd at this screening was in fact the relative density of the story told by Alonso – or at least the density of the story that was introduced in the first minutes of the film, but which is in some ways abandoned by the director after the opening.1 The film opens on a military outpost in Patagonia in the late 19th century, during what is now referred to as the “Conquest of the Desert”, essentially a genocidal military campaign by the newly independent Argentine people to drive the indigenous Indian population off the land. Viggo Mortensen plays the role of Captain Gunnar Dinesen, a Danish engineer who travels to Patagonia with his young daughter to take up his post in the battle. The soldiers plan an offensive against the Indian’s, but the Captain’s plans change after his daughter runs off with a young soldier she has fallen in love with. Most of the rest of the film – apart from a quite cosmic final ten minutes that I won’t spoil for the prospective viewer – sees Mortensen’s character traipsing through the Patagonian wilderness in search of his daughter, encountering the indigenous peoples of the land, a dog, and a strange woman who lives in a cave.

Certainly, the Captain’s journey – which takes up the lion’s share of the film’s run time – is much more reminiscent of Alonso’s previous work, and is for mine one of the great strengths of the film. The director has never been one for endowing his characters with a past nor in exploring the psychology of their actions, interested instead in the landscape they find themselves in and what would be known as moments of pause in other narratives. In a sense, this major section of Jauja continues his interests from previous films: the photography of the Patagonian wilderness is quite remarkable, and his balance of characters and space is managed wonderfully in the almost square academy ratio (see above photo). His characters are quite vaguely drawn – what are these two Danes doing in this Argentine war? – which gives an ambiguity to their actions that only adds to the film’s enigmatic atmosphere.

But what makes Jauja such an interesting addition to the director’s filmography is the aforementioned narrative complexity he has introduced in to the film, which gives his contemplative images and soundscapes an added philosophical and temporal complexity. Without giving away too much, the film’s narrative recursion in the final ten minutes is one of the most baffling but ultimately quite beautiful segments of the Festival, and one that refused to leave my head for days after the screening. This intriguing turn to narrative will hopefully mean that the critical discourse on Alonso  – who is indiscriminately grouped together with the current spate of “slow cinema” stalwarts (Lav Diaz, Pedro Costa, Apichatpong Weerasethakul) – will become more nuanced in the future, focusing not just on the fact that his films are slow, but on the cumulative effect of all of his artistic choices.