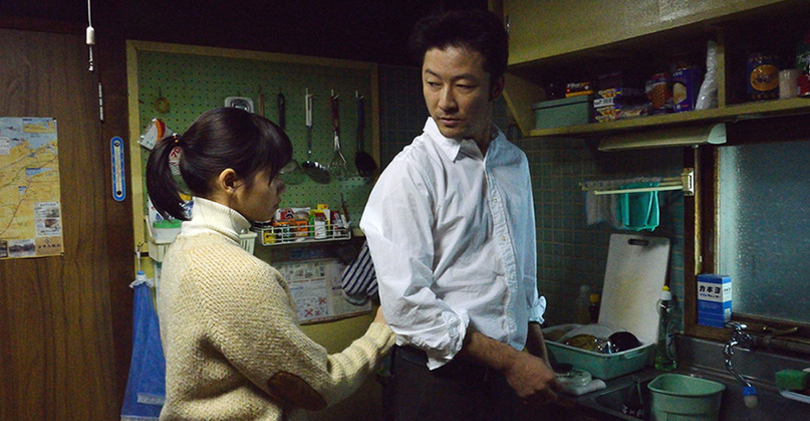 When I was in Grade 10, we studied Shakespeare’s Romeo and Juliet. We read the play and watched Baz Luhrmann’s film adaptation. Our assignment was to design a film poster of our own personal adaptation of the play. The brief was to have some sort of love story starring two star-crossed lovers. The cause of their star-crossedness was left up to us. We were fifteen. We were young and naïve. My friend, Shulin, decided that her adaptation would star Jake Gyllenhaal and Maggie Gyllenhaal as two siblings who fell in love. When she told my English teacher, he said, “That’s a great idea Shulin. There are few taboos left in this day and age, and you have found one. I think it’s a great idea. After all, what’s wrong with two siblings falling in love? Particularly if they don’t procreate.” Shulin told me this as we were sitting in the library using Adobe Photoshop. Shulin was carefully magic wanding her way around a silhouette of Maggie Gyllenhaal. “Do you like my poster?” she asked me.

“Yes, a lot.” I replied. I was carefully magic wanding my way around a photo of a butterfly, which I intended to superimpose on top of Paul Bettany’s face to represent him playing a depressed person. Then I said, “I think the tagline for your film should be ‘In Love and Incest’.”

“Yeah, okay. Good idea.” said Shulin. She wrote it over a picture of Jake giving Maggie a piggyback which she had found on Google Images and submitted her assignment.

Six years later I am reminded of this assignment. I have just finished watching My Man (Watashi no Otoko). It is Kazuyoshi Kumakiri’s new film, based on the novel by Kazuki Sakuraba and it is playing at the Brisbane Asia Pacific Film Festival. The film has been touted as Lolita-esque, which is part of the reason I was interested in watching it. However, the only thing this film has in common with Nabokov’s brilliant novel is the fact that it stars an adult man, Jungo (Tadanobu Asano) falling in love with a schoolgirl, Hana (Fumi Nikaido), who reciprocates his sexual interest. In terms of addressing social taboos, My Man is so much more than this. Hana is not just underage, she’s incredibly underage. There is a scene where she is eleven (played by Mochika Yamada) and she asks him to kiss her. Normally, a ten year old asking her adopted father to kiss her would be understood to mean, “Please show me some affection, for example, you could kiss me on the cheek.” But Kumakiri’s mood lighting and evocative music gives the scene a weird sexual undertone. This undertone continues for the beginning of the film. There is a scene where Jungo’s girlfriend stands in the doorway and observes Jungo sucking on Hana’s finger as she giggles and bats her eyelid.

Halfway through the film, this poorly disguised sexual tension explodes with a sex scene that made me feel deeply uncomfortable, but also deeply grateful that I had not chosen to watch this film with my parents. Jungo paws at Hana’s breast through her school uniform and then they start having sex on the floor of their apartment, before she goes to school. The sex scene is far too long and, halfway through it, blood starts dripping all over the characters. At first, I thought this was supposed to be blood from Hana’s broken hymen. Then I thought maybe she had stabbed Jungo. But both characters continued having sex unscathed and the blood kept coming until they were fornicating in a shallow pool of it. At this point I realised that the blood was symbolic. (Of what? Their distant relatednesss? Family ties? Violence? Japanese culture? I am not sure.) Later, Hana says of Jungo, “He is my real father. I know it. The same blood runs in our veins.” Not to be tricked a second time, I did not interpret this literally. But I searched my mind for a metaphor and could not come up with one that made sense.

My Man is a very long film and a very dark film. When I say “dark” I do not mean it explores dark themes, I mean that there were times where I literally could not see what was happening. Throughout the film, Kumakiri works with a restricted colour palette of black, blue, white and red. During the film’s darkest moments, all I saw was blue on black on blue on black, and every now and then a burst of red. Every time the colour white made an appearance, I felt refreshed, mainly because I could see what was happening. Most of the white appears in snowscapes, since the film is set in Japanese winter. Red is used sparingly – in Hana’s scarf or Jungo’s umbrella. There is a high chance that it is supposed to evoke the blood Hana and Jungo share, but also the blood that is shed when people start to find out about their illicit relationship.

Kumakiri’s use of symbolism throughout the film is both frequent and heavy-handed. There is the recurring motif of blood (which I lamented above), and of Hana’s glasses (spoiler alert: their lenses break) and of ice and water (the water represents the depths and danger of their desire; the ice represents society’s attempts to quash it). I also found the characterisation weak. The film did not so much as revolve around the lives of Hana and Jungo, rather it revolved around their relationship and a few peripheral characters’ predictable responses to it. By the end of the film, I had no idea why they were in love, or what they were like outside of their relationship. All I understood was that they were very obsessively possessive of each other. In terms of why they were in love, the only explanation I can think of is that they spend a lot of time together and are both relatively nonchalant about committing murder. In their defence, I suppose the latter is a rare trait.

All this said, the film’s saving grace is its cinematography. There is a stunning scene where Hana hops across the ice floes and stands of the edge. Bits of ice break off and float away into the distant mist. The white here is stark against the deep blue of the ocean and the mist swirls up around her face, clouding her glasses. There is another beautiful scene where she runs between giant, moored ships. They are frozen over and appear embedded in the ice. We can hear the snow squeak beneath her feet and the rustle of her plastic bag. We hear her gasping for air, and in these moments I did feel completely absorbed in the film.