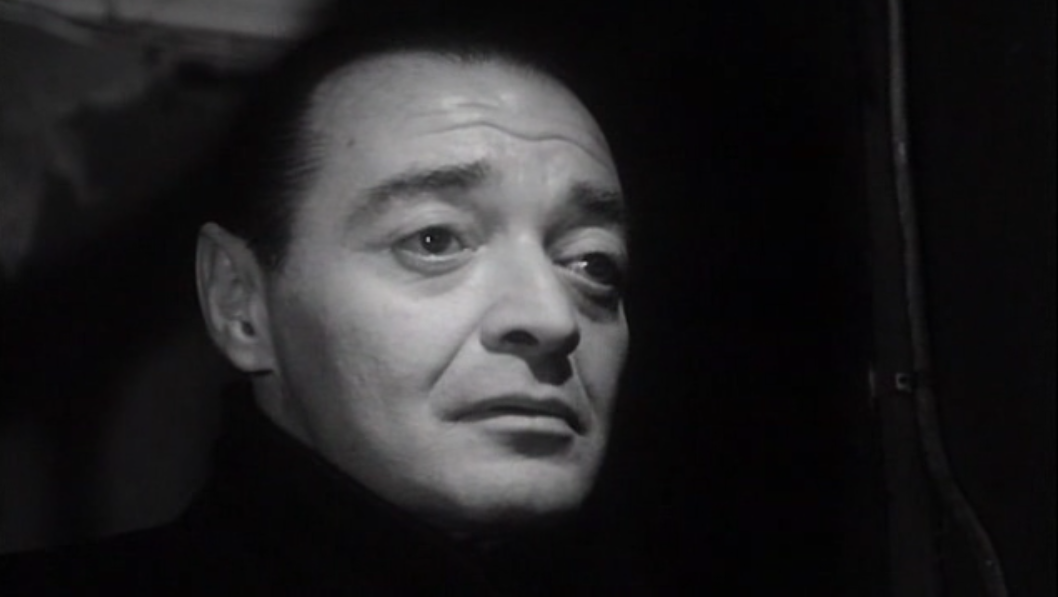 In our column Less Than (Five) Zero, we take a look at films that have received less than 50 logged watches on Letterboxd, aiming to discover hidden gems in independent and world cinema. This week Jessica Ellicott looks at The Lost One, Peter Lorre’s 1951 look at post-war Germany.

Peter Lorre’s Der Verlorene  (“The Lost One”) does not fit easily within the grand narrative of German film history. When discussing German film in the 1950s, one is usually told of a barren cultural landscape, populated by escapist Heimatfilme. Films that satisfied the perceived desire of post-war audiences to forget. Films that the New German Cinema would provide an antithesis to. Der Verlorene, with its uncomfortable themes of irredeemable guilt and the inability of escaping one’s past, offered audiences the precise opposite. It held a mirror up to its nation’s darkest past, and was a commercial failure for Lorre, disappearing from German cinemas in under two weeks. Lorre, who had hoped Der Verlorene, which he co-wrote, directed and starred in, would salvage his flailing career, waited in a Munich hotel room for months following its release for the film to take off. It never did, and Lorre returned to Hollywood, never to direct another film.2

Lorre, born Ladislav Löwenstein to Jewish parents in 1904 in the then Austro-Hungarian town of Rózsahegy, had been living in a kind of exile in Hollywood since his role as the child murderer in Fritz Lang’s M (1931) catapulted him to fame. By the late 1940s, however, Lorre’s career had lagged, and Bertolt Brecht, a close friend of Lorre’s with whom he had spent some time during his Hollywood exile, had written him a poem calling for his return to Germany, tilted, “An den Schauspieler P.L im Exil” (“To the Actor P.L in Exile”).3 Lorre returned in 1949 and made Der Verlorene.

Lorre plays Dr. Karl Rothe in the film, a scientist who conducts research (seemingly mainly involving animal testing) for the Nazis during the war, and who goes on a lady-killing spree covered up by the Gestapo in exchange for his ongoing cooperation. We first meet him as Dr. Neumeister, having changed his name and commenced work as a doctor in a refugee camp after the war. His former assistant and Gestapo agent, Hösch (Karl John) appears unexpectedly at the refugee camp and recognises Dr. Neumeister for who he really is. Rothe is forced to confront his past in a series of flashbacks, framed with great clarity through an ongoing conversation between the two men.

Der Verlorene owes greatly to M in style, tone and subject, so much so that they act as fascinating companion pieces. As Farocki suggests in the quote opening this essay, one predicts and the other reflects the horrors of fascism. Further supporting this comparison is that M is told chronologically, whereas Der Verlorene uses flashbacks. In both, Lorre plays what is known in German as a Triebtäter or a Lustmörder, most commonly translated as a sex offender, a translation which loses the original sense of someone motivated by an unstoppable urge, or lust, to kill. Lorre’s famous speech in M where he attempts to explain his murderous impulses, lamenting “Ich will nicht! Muss!” (“Don’t want to! Must!”), is mirrored almost exactly by Rothe’s “Ich habe es nicht tun wollen, aber ich habe es doch getan.” (“I didn’t want to do it, but I did it anyway.”)

Rothe’s pathological urge to kill in Der Verlorene is represented by his entering into a kind of trancelike state before bringing his female victims to their demise, becoming something other than himself. His eyes glaze over, a smile creeps across his face, his transformation accompanied by a thundering crescendo before his body shrouds the screen in black, leaving the horrific acts themselves unseen, as they are in M, left instead to occupy our nightmares. These sequences are among some of the most striking I’ve ever seen committed to film, and their power owes much to Lorre’s unparalleled ability to transition from the innocuous to the monstrous, using what Farocki referred to as his “double face.”

The recognition one’s own evil forms a pivotal part of both M and Der Verlorene, in two parallel scenes where the killer chances upon his reflection, his eyes growing large at the mark of the murderer reflected back at him. In M, it is the M chalked on his coat which he catches a horrifying glimpse of in a shop window, realising he’s been identified as a murderer. In Der Verlorene it’s less obvious but nevertheless clear, Dr. Rothe seeing himself in the mirror and realising he has blood smeared on his forehead, his disturbed, pathological gaze betraying his realisation of his true self. It’s a troubling vision that plagues both characters, unable to escape their guilt. Coming in 1951, the weight of this message and its applicability to the nation’s collective guilt could not have been heavier.

Recognised by a select but important few as one of the greatest, most culturally and historically significant German films ever made, 4 the current ill fate of Der Verlorene as largely unseen and unavailable seems particularly brutally unjust, owing much to the historical circumstances that plagued its release. As one of the most searing and disturbing visions of evil of the postwar period, it deserves to be widely seen, treasured and discussed.