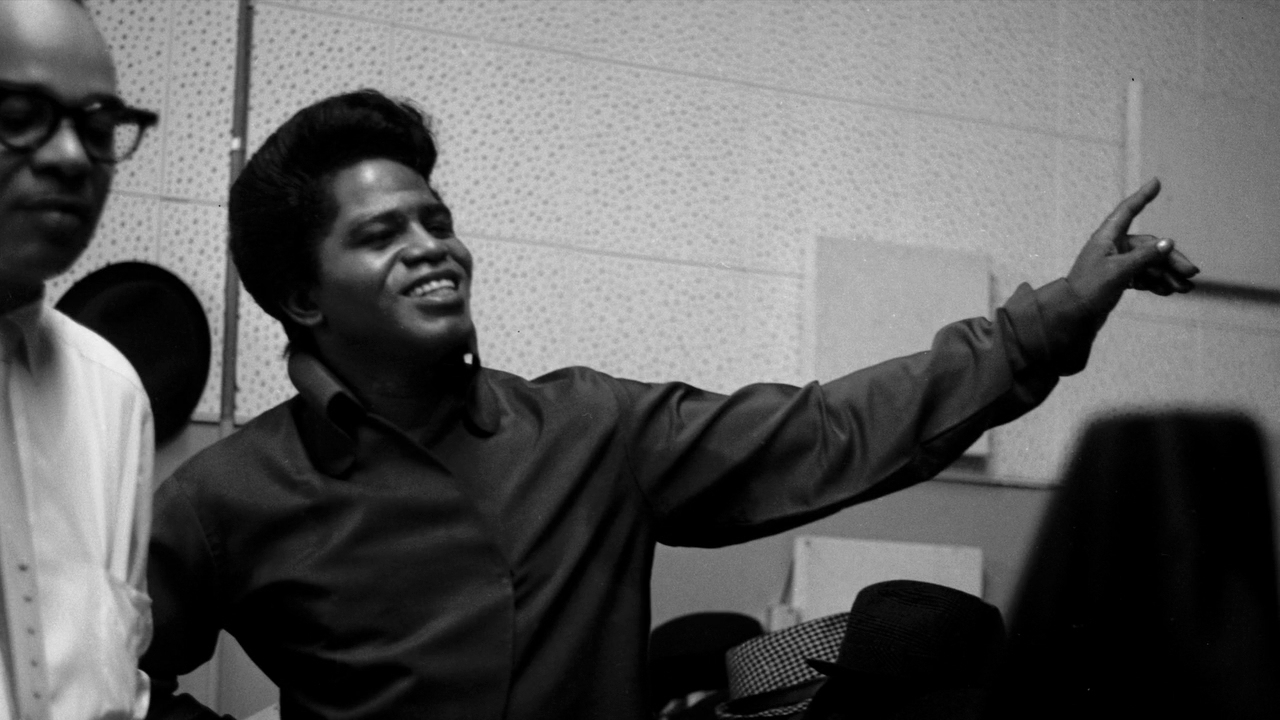 James Brown’s reputation as one of a handful of the most influential musicians in popular music history has rightfully been assured over the years. A relentless hit maker, Brown was able to synthesise several decades of both secular and non-secular African-American music into a back catalogue that is as popular as it is genuinely innovative. As a musician and as a public figure, his charisma and overabundance of talent made him the kind of star capable of capturing audiences across racial, political, and even national lines; his is an ideal example of what Richard Dyer identifies as the star’s ability to collapse and mask the contradictions inherent in their image and their fanbases.1 Even when his popularity waned in the late 70s and early 80s as he put out a slew of unfortunate derivative genre workouts, his stock would soon rise again when hip-hop artists latched on to his rhythm tracks to make him the most sampled musician in history.2 In Mr. Dynamite: The Rise of James Brown, one of three (!) films directed by Alex Gibney playing at this year’s Sydney Film Festival, Gibney affirms this basic narrative about the importance of Brown’s legacy. It’s above all a film that will be of greater interest to those with a passing interest in James Brown than the hardcore fans, though not without a few precious passages for Brown aficionados to hold on to.

The somewhat odd scope of Mr. Dynamite was remarked upon in a couple of early responses to the film,3 and after a bit of digging, it’s not hard to see why. From what I understand, Gibney presented an unfinished version of the film at the 2014 Tribeca Film festival in April, which seemed to end its overview of Brown’s life and career at the mid-70s (for reference, James Brown died in 2006). The film was completed in time for its premiere on HBO in October 2014, though it appears that little changed between this initial cut and the final cut in terms of the film’s temporal scope: despite its title suggesting a focus on Brown’s formative years or his road to success, the finished film still feels a little like a truncated, half-biography. Gibney charts Brown’s youth – marked by extreme poverty and abandonment from both parents – his beginnings in music on the race circuit and then his golden run from 1956 with the R&B classic “Please, Please, Please,” through to the undeniable funk/disco hybrid “Get Up Offa That Thing” in 1976. A brief coda quickly sketches Brown’s resurgence in the mid-80s and 90s via hip-hop as a way of wrapping things up. In terms of the music focused on, then, the film functions practically as a Greatest Hits, ticking off all the choice Brown cuts (“Papa’s Got A Brand New Bag”, “Cold Sweat”, “Sex Machine”), while summarily ignoring all of the (almost uniformly bad) music he recorded in the next 25 years. Depending on your perspective, this is either a smart, populist decision, cutting out everything people don’t want to hear from Brown’s career, or a somewhat glossy and opportunistic overview of a decidedly more checkered career.4 More than anything, it speaks to Gibney’s aim with this documentary to solidify the artist’s reputation rather than necessarily going deeper into the more esoteric aspects of his life and career.

The film’s greatest strength undoubtedly lies in the live performance footage liberally peppered throughout the film. Covering both well-known fare – his 1964 T.A.M.I. show appearance, which Prince famously kept on a loop in the lobby of his office in Minneapolis – as well as previously unseen footage – most memorably of a concert in Boston the night after Martin Luther King’s assassination – it’s hard to conceive of these snippets as anything but the highlights of Mr. Dynamite. One of the benefits of having Mick Jagger as the film’s co-producer is the access that Gibney is afforded to both hard-to-find archival materials as well as a slew of name musicians and critics, and Gibney makes thorough use of both. In this way, whether consciously or unconsciously, Gibney recreates almost to a tee the aesthetic perfected by Ken Burns in his PBS miniseries Jazz: archival materials (including the aforementioned concert footage as well as still photographs) rub up against an impressive lineup of authoritative talking heads, including Jagger himself, Maceo Parker, Boosty Collins and ?uestlove.5 Just as in the Burns Jazz series, the effect is that even though Gibney himself is absent from the film, a strong authorial voice still emerges via the arrangement of archival materials and talking heads.

Just as he did in last year’s Finding Fela,6 Gibney balances a focus on music with biographical details, many of which reveal less-than-savoury aspects of his subject’s life. Here, Gibney can be a little frustrating in his desire to provide a narrative explanation of Brown’s actions: his history of domestic abuse and quasi-despotic approach to band leadership are tied to his abandonment as a child a little too neatly for comfort. However, Gibney also highlights one of Brown’s most fascinating moments as a public figure in a segment that details his support for Richard Nixon in the 1972 Presidential election. Coming off the back of Brown’s engagement with Black Power politics in the late 60s, the episode gives an intriguing insight into the artist’s jarring embrace of “black and proud” racial politics and boot-strap capitalism, and Gibney navigates the contradictions of his position well.

Segments like these make Mr. Dynamite worth seeking out for big fans of James Brown, even if much of the rest of the film treads fairly familiar territory. For those just beginning to dip their toes into the Godfather of Soul’s universe, one could do worse than to start their education with Gibney’s documentary.