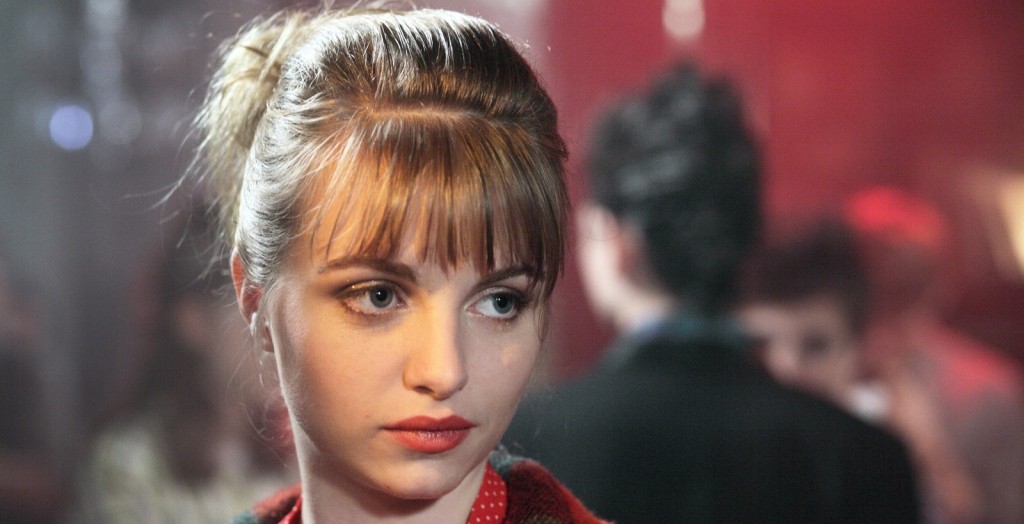 One of the most interesting things about Arnaud Desplechin’s My Golden Days (Trois souvenirs de ma jeunesse) is how it coheres in spite of itself. Desplechin’s blending of genres and styles is potentially diabolical, shifting gears between Cold War spy thriller, Gothic horror, coming-of-age drama and 80s nostalgia trip. Noticeable, too, is the sporadic employment of old-fashioned Cool Effects™ like iris shots, split-screen frames and use of overt interruptive gestures like flashbacks and direct audience address. And yet, something in the way Desplechin creates his characters and constructs their fates is so genuinely felt, fluid and effortless that these jolting formal interventions seem to form a seamless part of a unified whole.

My Golden Days is a loose companion piece to Desplechin’s My Sex Life… or How I Got Into an Argument (1996), bringing back its central figures, Paul and Esther. Mathieu Amalric again plays Paul, except this time he’s an anthropologist, not a philosopher. Paul, having spent an extended period working overseas, returns to Paris only to be stopped and taken into custody by border officials – there seems to be an issue with his passport. There’s another Paul Dedalus, same name, same date of birth, who lives in Melbourne,1 and questions are raised to the effect of “will the real Paul Dedalus please stand up?”

Paul is then tasked to recount his life story to an unnamed official in order to reclaim his French national liberté. This is used as a framing device to project the three memories promised by the original title: divided into three sprawling chapters titled “Childhood”, “Russia” and “Esther”. Each are marked by aforementioned distinct visual styles. “Childhood” has elements of cold Gothic horror, with the young Paul (here played by Antoine Bui) threatening his mother with a knife on an expressionistically-lit staircase lest she come near him. The Cold War spy thriller-esque “Russia” introduces the now-adolescent Paul (now played by Quentin Dolmaire) as he delivers counterfeit passports and documents to Russian Jews during a high-school trip to Minsk (hence the Melbournite Paul-double). The final and most significant chapter is the ’80s-infused coming-of-age drama “Esther”, commanding much of the film’s runtime just as Esther preoccupies Paul’s adult mind.

Lou Roy-Lecollinet delivers an impressive, charismatic performance as Esther. She seems to live more and feel more than Paul, or indeed any of her peers, embodying all the tumultuous intensity and immensely-felt pressures of being a teenage girl. Desplechin achieves a sense of high emotional intensity throughout this chapter with a highly sentimental, affect-driven mode of filmmaking. Faces are zoomed-in on (especially Esther’s). Music is layered-on. Warm tones are enhanced – it could have descended into a bad Nicholas Sparks adaptation, were it not for Desplechin’s delicate touch and the film’s remarkably intelligent screenplay (co-written by Desplechin and Julie Peyr).

At heart, My Golden Days is a film about nostalgia, or more specifically the “pain of homecoming” outlined by its etymological definition. Paul is someone who lives with his memories at the forefront of his consciousness. A terminal bachelor since his all-consuming, youth-defining love affair with Esther, his engagement with the present is inhibited by his preoccupation with the past. As Desplechin stated in an interview with Fandor, “in order to keep his memories alive, he suffers.” One of the best scenes in the film takes place between the adult Paul (now let back into to Paris) as he bumps into a childhood friend who dated Esther after Paul. They decide to go for a drink and reminisce about old times, first remaining convivial, water seemingly firmly under the bridge. Then, the subject of Esther is broached, and Paul is unable to contain the anger and pain left over from his youth, mouthing off at his friend and leaving in an impassioned huff, eyes brimming with tragedy.

My Golden Days is a beautiful exploration of the impossibility of leaving behind one’s past, and the indelibility of first love. Featuring moments of remarkable warmth and delight, its sometimes saccharine sentimentality only slightly mars its mostly wonderful whole.