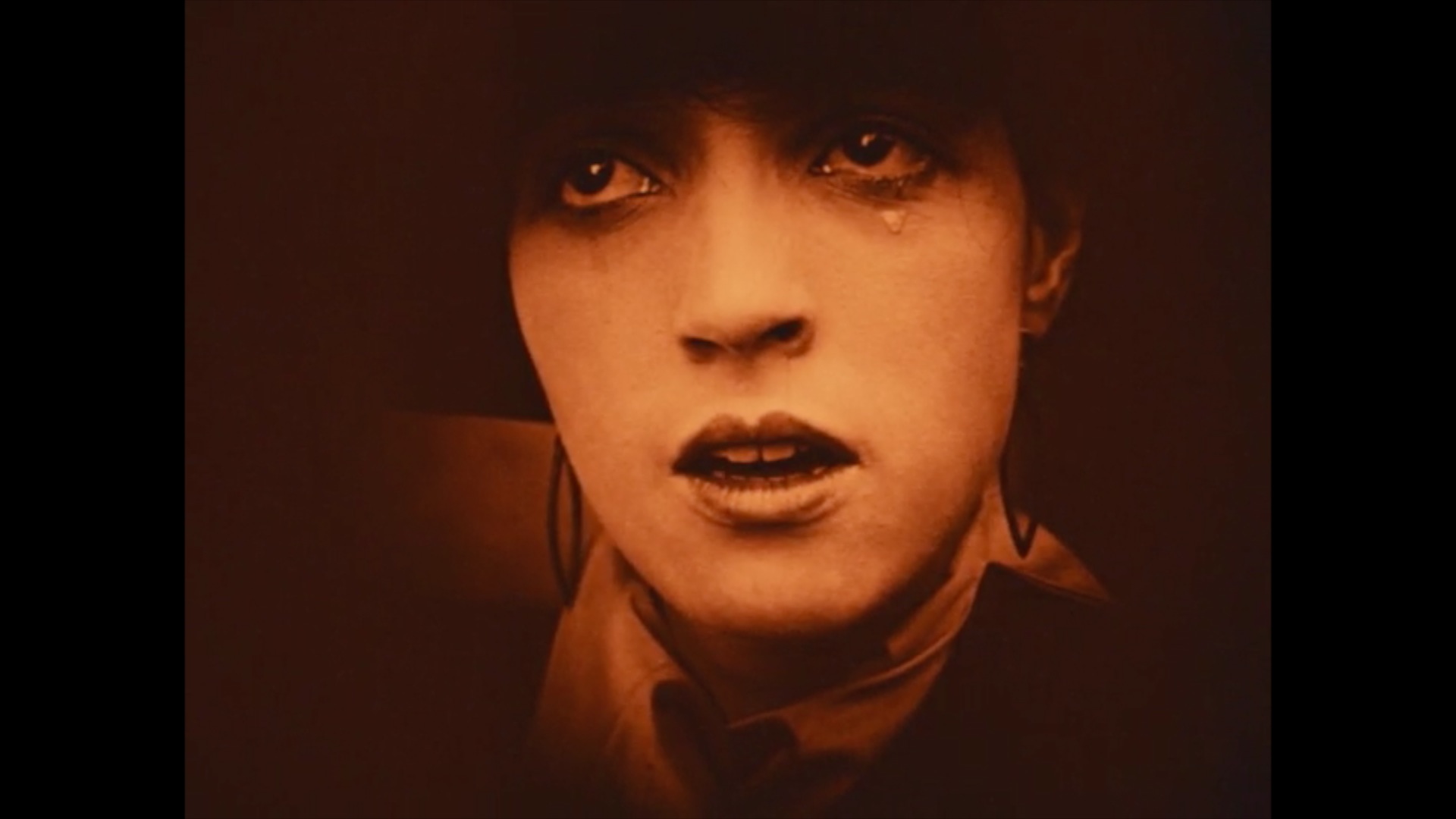 After reading that Thom Andersen’s newest film The Thoughts That Once We Had took its major inspiration from French philosopher Gilles Deleuze’s two books on the cinema, Cinema 1: The Movement Image and Cinema 2: The Time Image, my response was both one of intrigue and trepidation. I wanted to see how Andersen would be able to navigate such a complex and esoteric text, but also how much he would place of his own imprint as a filmmaker and thinker on the cinema into the mix. Deleuze’s heady mix of abstract philosophical taxonomies of the medium and far-reaching assertions about its relation to history remains the primary thrust of intellectual inquiry in The Thoughts That Once We Had, though Andersen does depart at times from the text to reflect on his own philosophy of the cinema. The overwhelming presence of Deleuze in the film is perhaps to its detriment, as Andersen slips into the abstruse rhetoric that has the unavoidable connotations of dry academia.1 However, when Andersen steps out of the philosopher’s shade and creates his own imaginative and original connections about cinema history and philosophy, the film redeems itself as a worthwhile critical piece of cinema-about-cinema.

In The Thoughts That Once We Had, Andersen eschews the voiceover that marked his previous works with pre-existing footage, such as Eadweard Muybridge, Zoopraxographer and Los Angeles Plays Itself. Replacing the voice are blocks of white text on a black background that are intercut between clips from films throughout cinema history,2, which recalls the interplay of text and image in the work of film essayists like Harun Farocki and Jean-Luc Godard (though without the graphic ingenuity of the latter). Much of this text consists of direct quotations from Deleuze’s Cinema 1 and Cinema 2, which strikes me as being an unsound formatting choice given how difficult Deleuze’s text is to parse on a basic level, even for those that are familiar with it. Despite the director’s insistence that he didn’t want to make the film for people familiar with the philosopher,3 it’s hard to see how this wouldn’t be a more valuable experience for those that are. The plethora of concepts introduced by Deleuze on an almost page-by-page basis (“chrono-image”, “seer”, “affection-image”), are dropped liberally into the intertitles, making certain passages fairly taxing on the viewer scrambling to understand their nuance.

The principle of arrangement here often seems to be one of equivalence between Deleuze’s text and moments in cinema history, acting in essence to illustrate concepts in Deleuze’s book. Sometimes this works well, as in a sequence matching excerpts about the ambiguous notions of “firstness”, “secondness”, and “thirdness” with clips from Harry Langdon, Laurel and Hardy and the Marx Brothers. It’s a comparatively simple passage from the books that is charmingly played off by the clips, though it’s hard to say whether the success of this sequence is down to the clips chosen or their relationship to the text. Mostly, however, this approach of finding direct equivalences in cinema history to Deleuze’s taxonomy of concepts often flattens out the imaginative possibilities of both the idea and the clip chosen. For example, there is a connection made between Deleuze’s notion of the “affection-image”— about which there is a quote from Cinema 1 — followed by a series of close-ups from Godard’s films as examples of the “new affection-image.” This sequence falls flat in that it collapses the reading of each image into Deleuze’s framework, creating a kind of one-to-one equivalence that is less illuminating that taking the text and image separately. In a way, it demonstrates that Deleuze’s text works more as a series of imaginative connections about films across cinema history than as a rigorous taxonomy; its value comes in bringing together films via conceptual links rather than shared formal properties.

Andersen’s film is at its best, then, when the associations he makes between clips go beyond the direct equivalence of text and image and into more abstract terrains. For example, about halfway through the film is a clip from a documentary on the history of the late ’50s dance hit “The Twist”. Hank Ballard, the artist who wrote and recorded the song before Chubby Checker massively popularised it with his own recording, recounts how Checker released an almost identical recording to Ballard’s, which then sky-rocketed up the charts. Over images of Checker performing the song in front of an all-white audience (clapping on the 1 and 3 beat no less!), Ballard talks about his grudging respect for Checker’s recording and its freakish resemblance to his own. Andersen then plays the two recordings side-by-side, before inserting an excerpt quotation on the American burlesque comedy tradition from Deleuze. In this tradition, an action has “the slightest difference from another action (firing a gun – playing a shot), but in this way it discloses the enormity of the distance between two situations (game of billiards – war).”

Andersen then cuts to a brilliant sequence from Chaplin’s The Idle Class, where the tramp receives a telegram from his wife telling him that she will leave him if he doesn’t stop drinking. After reading the telegram, Chaplin turns his back to the camera and his shoulders begin to shake as if he is sobbing uncontrollably; he turns and we see he’s actually been mixing himself a drink in a cocktail shaker. It’s a wonderful sequence, bringing together the idea of burlesque repetition with the very idea of the reproducibility of media (here, the reproduction of sound), and it’s done in a way that forces us to think imaginatively both about the film excerpt and Deleuze’s text.

Ultimately, it’s sequences like the one described above that make Andersen’s newest film worth seeking out. While the film is clearly going to appeal above all to those with an acquaintance with Deleuze’s film philosophy and a broad knowledge of the medium’s history, the director’s flashes of imaginative critical discourse act more broadly as testaments to the value of insightful reflections on image-making.