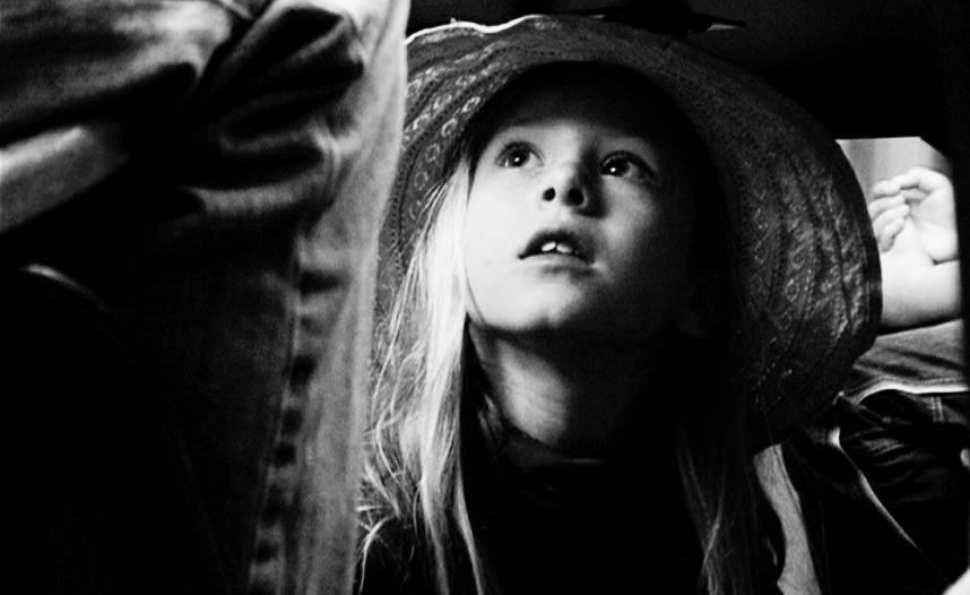 “Free schools were begun by anarchists in Barcelona in 1901 as a protest to the reading, writing, and arithmetic model of education that came from the industrial revolution’s need for factory workers.” So reads the opening intertitle of Amanda Rose Wilder’s Approaching the Elephant, a self-described document of the attempt to open the world’s 262nd free school, New Jersey’s Teddy McArdle Free School. Comprised of footage recorded during the school’s inaugural year (2007-08), Wilder’s film is a remarkable document of a utopian experiment that shows great restraint in withholding judgment on its outcomes. Rather, it is a sketch of how people — both young and old — interact with and negotiate a nominally “free” environment, making it both a sharp character study as well a fascinating reflection on philosophies of freedom and control.

In the opening minutes of the film, Wilder introduces the concept of the free school in her footage of the informal orientation day meeting with the students. At Teddy McArdle, there are no mandatory classes, no grading or tests, and apart from some basic safety guidelines, all rules are to be established by voluntary democratic vote from both students and teachers. The school’s director, Alex Khost, speaks briefly about the history of free schools to a couple of interested parents, and there are some short passages where the teachers reflect on their methodology. Otherwise, the film’s observations on theories of pedagogy occur fairly organically, embedded in the interactions between students and teachers that Wilder presents to us.

Perhaps reflecting the school’s purposeful lack of rigid structure,1 Wilder organises her material so that moments of hesitant engagement with the school’s formal organisational elements are laid side-by-side with others that display personal conflicts that appear to be unconcerned with the loose structures of the school. For example, early on we are witness to a drawn out argument between two students, Chaz and Jaylen, about whether they can perform a backflip on a skateboard, which is then followed by the film’s first democratic council meeting. The dispute between the two students has since escalated, and we see the first attempts to resolve conflict using the school’s voting process; it emerges that Chaz wanted to use the meeting to get Jaylen expelled from the school. As the film progresses, we see these distinctions between personal conflict and attempts at resolution via micro-systems of social organisation slowly begin to fade away.

A self-confessed follower of the American Direct Cinema tradition of Wiseman and the Maysles brothers2, Wilder is given unprecedented access to the development of the school, sitting in on classes, voting sessions, teacher’s meetings and personal tussles between students and teachers. Apart from a trio of shots of one of the students, Lucy, in her home getting ready for school, the rest of the film is spent entirely on the school campus in extreme proximity to the action, with a mixture of handheld camera work that tracks gestures as well as extreme close-ups reminiscent of Cassavetes’ Faces and Husbands.3 Wilder does her best to keep up with the children — acting as she did as a one-woman crew, operating the camera and recording sound — recalling at certain moments Jean-Pierre Gorin’s mad dashes after Grace and Virginia Kennedy in Poto and Cabengo. Her decision to render the film in black and white creates almost an aestheticised distance between filmmaker and subject that runs in counterpoint to the proximity in which we are placed to the children.

It is this careful negotiation of proximity and distance to her subject that allows Wilder to simultaneously focus on the personalities that co-exist in the school while also implicitly reflecting on more abstract philosophical questions about social organisation. We spend an increasing amount of time focusing on the bright but troubled Jiovanni, whose erratic behaviour and disregard for the well-being of others undermines the possibility of the peaceful co-existence of students and teachers. As this tussle between the willful Jiovanni and the school’s director Alex continues, it’s impossible not to be drawn into the implicit reflections on democracy and freedom that emerge in these scenes. Perhaps the best example of this occurs late in the film, while tensions are running at their highest, when a school council meeting is called to decide whether teachers ought to be allowed to make rules about safety (their only executive power) without consulting students. It’s the film’s most fascinating sequence, reflecting on some of the foundational problems of social contract theory4 yet situating it entirely within a drama of conflicting personalities.

At one point in the film, the school’s director reflects on the fact that they “probably won’t know for twenty years” if their method constitutes a valuable model for socialising and educating children. To her credit, Wilder has the intelligence to respect this concession, and refuses judgment on the schooling method and the students’ or teachers’ actions to which she has borne witness. Ultimately, Approaching the Elephant benefits from this restraint, and its probing, observational form belies a real curiosity towards the school’s egalitarian educational ideals.