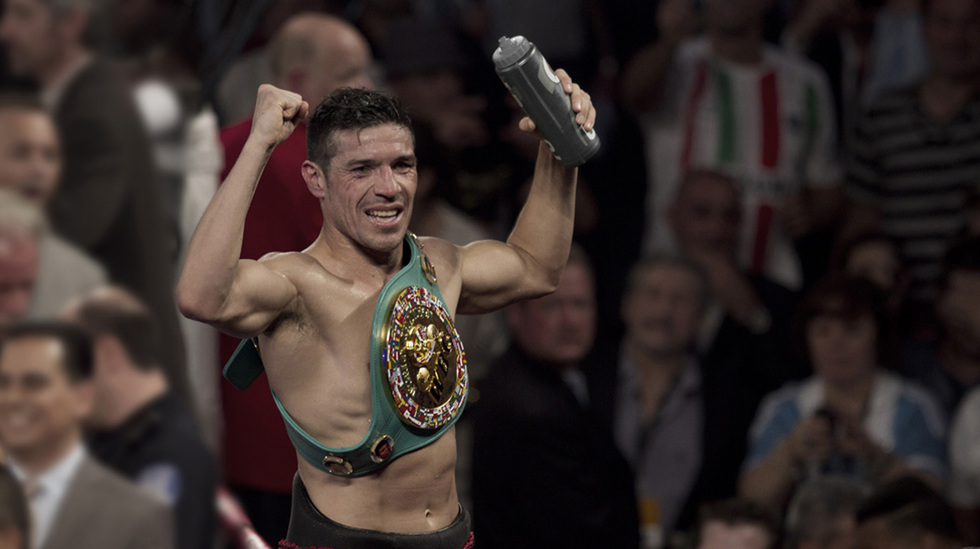 Have you ever wondered what it takes to get from the training ring to winning a World Champion’s belt in boxing?

Me neither – but even if you are not a fan of watching two people punch each other until one leaves the other unconscious, Maravilla will most probably make you cheer, curse, and wipe sweat off your face. This is a documentary about the middleweight world boxing champion, Sergio “Maravilla” Martinez, his struggle to gain recognition from the international boxing community as a young man from a small town in Argentina, and his fight back to the top after being a victim of boxing politics. Mexican boxer Julio César Chavez Jr, the son of world boxing champion and protégé of the Boxing Gods, is given Maravilla’s world champion belt under dubious circumstances, and as what is presented an exception to the rules of Boxing. The story focuses on Maravilla and his fight to honorably regain his title, which can only be won if Chavez Jr. agrees to fight him in the ring. As the story unfolds, we learn that Maravilla’s main rival is not only the substantially younger Chavez Jr. but also the showmen running the politics of Box, the greedy promoters, and the ‘pay per view’ industry. The story exposes the nepotism that reins the Boxing world, and makes Maravilla’s rise to fame and glory more of a survivor’s story than a hero’s journey.

Maravilla is a documentary that shows an exemplary case of perseverance, passion, and discipline as the key ingredients for success and ideal sportsmanship within a sport that is often stigmatized for being too commercial, and brutal. Entertaining, and inspiring from beginning to end, Cadaveira focuses the story on the boxer’s passion and commitment to boxing, and his admirable integrity throughout his long career fight for justice. The documentary stood out compared to other more overdone and sappy sports films thanks to Cadaveira’s directorial talent. It is no secret that a documentary is made in the editing room, and Cadaveira’s previous experience as an editor is reflected in his debut as a director. Although, at times, the cuts from Maravilla fighting in the ring to close-up shots of his parents’ concerned faces watching the fight on T.V. feel overdramatic, in the end, they are effective in that they keep the moment exciting. The archival footage of HBO Boxing fights mixed with the close access to the boxer himself that Cadaveira was able to have during the shooting of the film make the story complete, and visually engaging.

In one particular scene, Maravilla speaks metaphorically about boxing in relation to a game of chess. Suddenly, we see him sitting on a chair in front of a table, and he is playing chess against himself. The room is dark, and Maravilla’s voice sounds as a voice over; he reflects about “the boxer” as a pawn in the game. It is the only scene that is overdamatised in both look and sound, and is somewhat unnecessary, especially since the film includes a number of similarly fantastical scenarios to mimic the character’s thoughts. Another similar scene shows Maravilla running on a hill as we hear through a voiceover his thoughts and reflections about his upcoming fight. However, it is only in the case of the “chess” scene that the director breaks with the visual style and feel of the film because of the excessive use of mise-en-scène.

Part of the success of this film does come down to pure luck. Cadaveira found Maravilla at the right time and at the right moment when he began production. After a screening at the Tribeca Film Festival, Cadaveira discussed the first scene that was shot for the film, which happened by chance. What happens is almost unbelievable: Maravilla’s manager, Lou Dibella, who is an underdog himself in the WBC world, receives a call from Cesar Chavez Jr.’s management to set a date on the long expected fight that would give Maravilla the chance to win his title back. Up to this point in the story, it is the moment that everyone had been waiting for. The phone call to Dibella happened coincidently at the same time as Cadaveira was sitting in his office, talking details with Dibella about the film during the early stages of production. Cadaveira recounts how Dibella, as soon as he knew who had called, looked at him and said, “you’re gonna want to get this on camera”, but Cadaveira didn’t even have a film crew yet. So he took out his phone and recorded the conversation. This scene does not appear until the last act in the narrative since the grand finale is the “big fight”. It is this kind of opportunism and creativity that characterizes Cadaveira as a director, and makes for some of the best scenes in the film.

The lens of a low quality home camera takes us to Maravilla’s small hometown of Quilmes, Argentina and then rapidly to his first fights; quality of image changes as we shift from small to decadent boxing “studios”, from Argentina’s economic crisis during the early 2000s to the pay per view videos of the world championships in Las Vegas and then finally to Cadaveira’s behind the scenes camera. The intercutting of various kinds of footage creates a unique and fractured perspective, embellishing Maravilla by showing him as someone who lives between contradicting worlds that intersect through one passion – the world of a humble, sincerely dedicated, talented athlete and that of the commercial world of the WBC and the sports entertainment industry connect through boxing.

Maravilla is a documentary worth watching even if boxing is not a passion of yours. Irregardless of whether the film is entertaining (it is), Maravilla serves as an example of how this style of paradoxically intimate documentary, if done well, can be used to showcase typical sports narrative in a refreshing way.