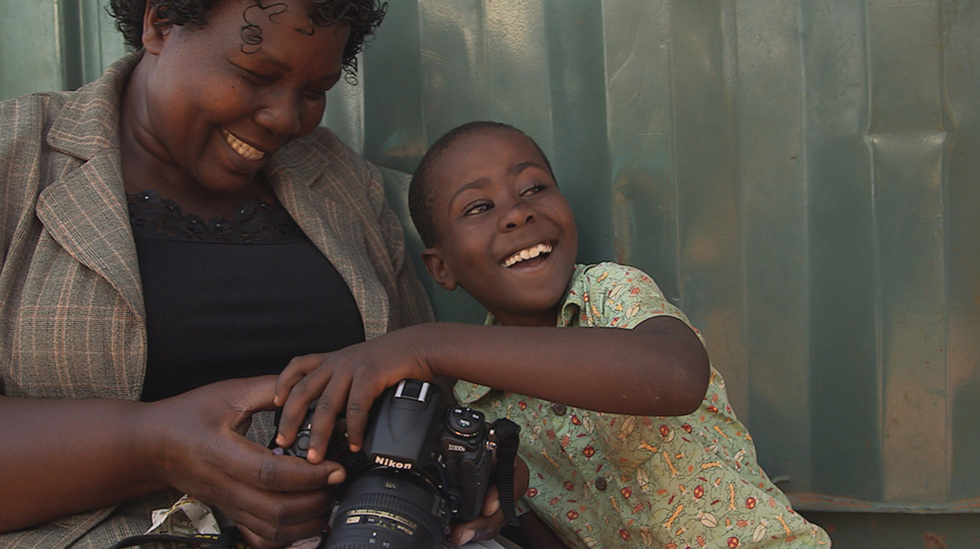 While Jessica Yu occasionally inserts her own voiceover interludes into Misconception, her latest documentary that premiered at  TriBeCa Film Festival last month, it still qualifies as one of the latest films from the long-standing tradition of “direct cinema”. In a portrait that straddles the line between comic and serious, Misconception works to deconstruct the idea of human overpopulation with a neutral tone, something unusual in today’s media landscape.

This itself is no small thing. The last major effort and attempt at an observational and neutral angle on hotbed issues in contemporary politics was Heidi Ewing and Rachel Grady’s Jesus Camp, which, despite its intimacy, turned into a critical exposé of Christian fundamentalism in America. It’s this background that justifies Yu’s much more proactive execution of the director’s role as she integrates the findings of her inquiry into her filmic message. She gives an equal amount of her time to Hans Rosling, who has ascertained that present world growth rates have set the world population to stabilise very soon.

In taking on overpopulation as an international issue, Yu is very concerned with aspects of interregional exchange. She compares national interventions, like Russian moms and dads winning SUVs for giving birth on Russia Day, to a provincial Indian family being rewarded a five-seater for having their women reproductively sterilised. And then while in the first story a “deficit of 30 million Chinese girls” leaves China’s prospective “little emperors” in a state of social Darwinism, little boys and girls in the third story are found either abandoned or lost on the streets of Uganda.

Traditional expectations, religious zealotry and fundamentalism are restrained from becoming key factors to the film, but they still light the backgrounds of our main characters’ narratives. Bao Jiangxin of the first story has to deal with his elders’ desires for him to get married and have children before he is 30, an issue that defines his feelings of getting nowhere in life. Denise Mountenay of the second story, meanwhile, lobbies against abortion at the UN because it demeans and abuses women in the Global South as the only real source of family planning that is available there, only to frequently fall back on Christian fundamentalist citations to justify her cause.

Family planning is the real centre of the film, and it forms Misconception’s plot structure, ordering the three stories by subtopics: marriage and mating (or the failure thereof, as with Bao), pregnancy and birth (or abortion, with Denise), and finally child rearing (or abandonment). Bao’s story is contextualized within China’s one-child policy, which has left him as an only child in a national gender majority. While his chances of falling in with someone (and perhaps someone he likes) are diminished by this circumstance, Yu presents his ambivalent attitude as his biggest obstacle, especially when he resists his rural parents’ proposed arrangement for him.

Denise is perhaps the most complex of the three figures. Having reformed herself from a background of three abortions followed by self-abuse, her personal experience is a decent warrant for spreading awareness about the living consequences of abortion, but her ‘reformation’ has turned her against all forms of contraception, including protected intercourse. Coming to New York from Canada with gift bags of Lindt chocolate, maple syrup and tiny plastic foetuses, Yu proves Denise’s own claim to being a people person as she talks to all kinds of people on her journey, from her Chinese manicurist about one-child policy (a bridge from Bao’s story, maybe?) to international representatives about barring the term “reproductive rights” from legislative documents. “People who are in poverty, they don’t need condoms and IUDs,” she says to a Bangladeshi ambassador. “No, they need to be able to grow food and to prosper in their own nation.” She later reiterates to a larger audience, “If poverty is the enemy, let’s eliminate that, not children.” Denise’s conservative opposition is refreshing in that it convinces us to at least look at the bigger picture, but it is otherwise oversimplified. As she learns from her Ghanaian cab driver that abortion is indeed legal in his home country, she awkwardly starts to state that abortion is murder and a biblical sin. The driver replies that “that is between me and my God.”

Yu’s third and final character study is Gladys Kalibbala, a journalist and columnist who reports on lost, orphaned and abandoned children in Kampala, Uganda. Gladys’s story becomes essential as the third part because it’s both an ironic contrast for Bao, who is concerned about not passing on his genes, and an antithesis to Denise, who tries to erase any kind of relationship between pregnancy, children and poverty. We follow her around as she goes to various agencies to interview rape victims, as well as children’s homes and orphanages to note and photograph child after child that is found on the streets or brought in from the local police station. We see two of these docile children being locked in a tiny, cell-like house until dinnertime, and the camera even joins them inside.

Also unlike Denise and Bao, Yu shows Gladys acknowledging the overall futility of her work, despite her saying that it’s still something. She shows photos and clippings of the children she’s written about, even of a boy named Ezra that she temporarily fostered and managed to get minor surgery for. As ludicrous and hopeless as things seem throughout Misconception, it’s precious enough to see Gladys embrace Ezra on a visit to his present foster home and proudly talk about him to the camera in the last few minutes.

While Misconception is not as meticulous as it initially sets out to be, Yu, like all good documentarians, responds to her work with an open ending. “You really need to let people choose,” concludes Rosling about family planning. Yu’s accomplishment, ultimately, is to show us things as difficult and complicated as they are to make us consider our own cause-and-effect position in today’s global exchange.