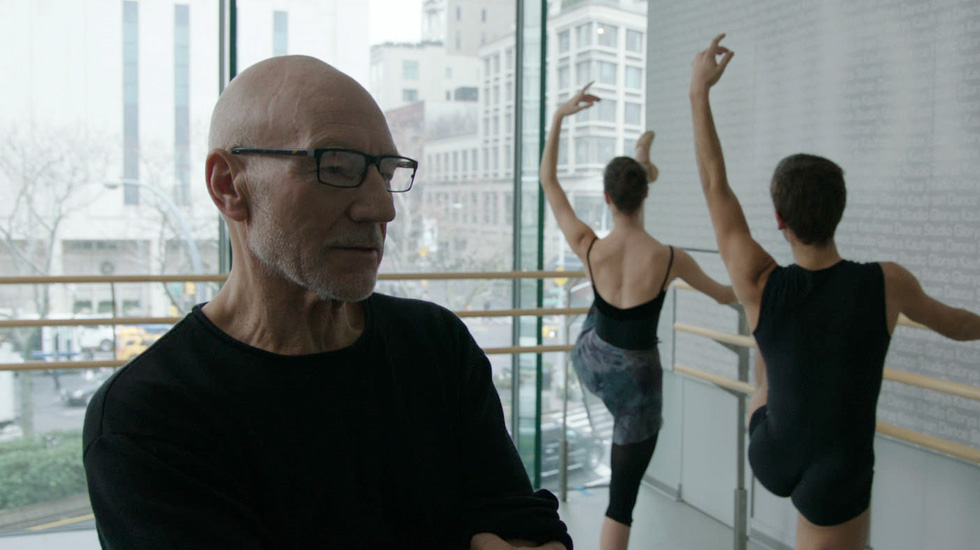 Stephen Belber’s work has moved with him between stage and film for the past decade and a half. Known primarily for his collaboration with Moises Kaufman (amongst others) on The Laramie Project, his work, including writing and directing for both formats, is primarily chamber drama. His new film Match actually fits this genre definition perfectly. Adapted from his play, it is his second credit for directing and his third for screenwriting, and with the exception of its set of peripheral characters, it is about three different people.

As a story, Match is about taking on the problematic definitions of family and exploring the inner world of self-control. It’s also easily categorized into the modern “dance flick” genre. By “dance flick” I mean that narrative which incorporates performance as both a plot subject and some kind of dramatic device—from Step Up to Silver Linings Playbook to Black Swan. In this ‘genre’, the function of the neutrally toned dance studio space seems to be maintaining many worlds of difference between itself as an island of aesthetic, personally creative isolation, and then the rest of the dancer protagonist’s ‘real life’ (basically, it’s an obstacle, or helps establish one, anyway).

In Match, however, Belber really strives to set the overall style and theme of the whole film when he opens in such a studio—which includes a large glass wall view of Lincoln Center Plaza across New York’s Broadway traffic, no less. As ballerinas move across the floor through a sequence of correlative weaving pans and tracking shots, their ballet master, Tobias Powell, or Tobi (played by Patrick Stewart), calls out steps, corrections, and their names over the accompanist’s humoresque playing (most notably “Arms loose, we’re not making pizza!”, “And SHIMMY!”, and “Take your butt with you, Jack!”).

Then the second montage tries to set itself off from the first in every way possible, from an upbeat soundtrack and the self-isolated Tobi gingerly knitting a sweater to his rustic and/or dusty uptown apartment in the neighborhood of Inwood (which also comes to include some shots of Prospect and Washington Heights). We also first see the young couple Lisa and Mike (Carla Gugino and Matthew Lillard) as they gather their bearings, apparently just arrived in the city to meet Tobi, and decide to hail a cab.

The camera, though, has hardly changed through any of this. From here on out it still closely follows and cuts, now between each of its three protagonists, Tobi, Lisa and Mike. Their actions, reactions and even slight movements are tightly monitored, edited and sequenced in a weird kind of pas de trois. It swivels around their table booth in their first meeting in a small Spanish café, as Lisa sums up a dissertation she’s writing to interview Tobi while he exuberantly urges them to indulge in drinks and a small bowl of party mix. This trio continues to Tobi’s apartment as they move around in tight framing and their conversation intensifies aggressively, from whiskey to smoking a joint to the point that Mike and Lisa’s real question is finally squeezed out: is Tobi Mike’s father that abandoned him at his conception?

In this kind of overall metaphorical dance lies Belber’s major fault in directing his own adaptation, now just a decade after its world premiere on Broadway. He puts too much trust in his actor veterans of both stage and screen and is too focused on creating parallel action as a source of dramatic narrative. The result of this mismanagement is that each person’s next move is simply more confusing when it’s meant to be intriguing.

Belber’s screenplay’s highlights are Tobi’s colorful, witty bouts that are based on his friend Alphonse Poulin and help label this film as part comedy. Mr. Stewart delivers these lines with overwhelming acrobatic emphasis and passion, showing Tobi’s boastful pride double counting for his repression of regret. For this he is already receiving ‘early Oscar buzz,’. Otherwise, the dialogue is either disjointed or too full of its characters’ own delusions. Mr. Lillard and Ms. Gugino try to make their character agendas keep up with Tobi’s, which turn the first act into a competition of attitudes.

In this respect, then, the only real clash of the film occurs about halfway through, when Mike forces Tobi down to swab the inside of his cheek for DNA testing, all while Lisa bends over them in a mixed state of protest and shock. It’s a somewhat revealing scene that first shows Mike’s assertive violence and Lisa’s distressed reaction to it—ironically more about them than about Mike and Tobi—but it doesn’t give us much else before Mike storms out of the apartment. Lisa refuses to leave with him, and Tobi very temporarily retreats to his bedroom. A song plays as we see them each going their own ways further and further, suggesting some kind of telepathic connection.

That Belber tries to bring his characters closer to one another through film form rather than just through his spoken dialogue (or just Tobi’s one liners) is respectably ambitious. Unfortunately, it’s accomplished in a very novice fashion, from a fixation on individual blocking to a clumsy jump cut from day to late evening, when Tobi and Lisa, who have quickly become good chums over a collection of sweaters, go up from his apartment to his rooftop (now in Washington Heights to see the George Washington Bridge).

It’s a shame that the latter, such a pretty view, is such an obstruction to continuity. As an abstract of the film’s overall message, the scene could very easily be extracted from the rest of the film and its entire context to work on its own merit. Wider shots and higher angles than before dominate the scene as Tobi demonstrates to Lisa a platonic disciplinary position for dancers. He says, “I tell them to let the world move through them. It’s strength, it’s power, it’s love. It’s very New Age, but it works. And we just stay there, like this. We let it all drain away…We stand there and let go.”

From this and a few other ethereal moments, Belber can draw merit for his efforts. Otherwise, without much sense of collaboration, it’s just too many people working too hard to appease the fictions they are trying to escape.