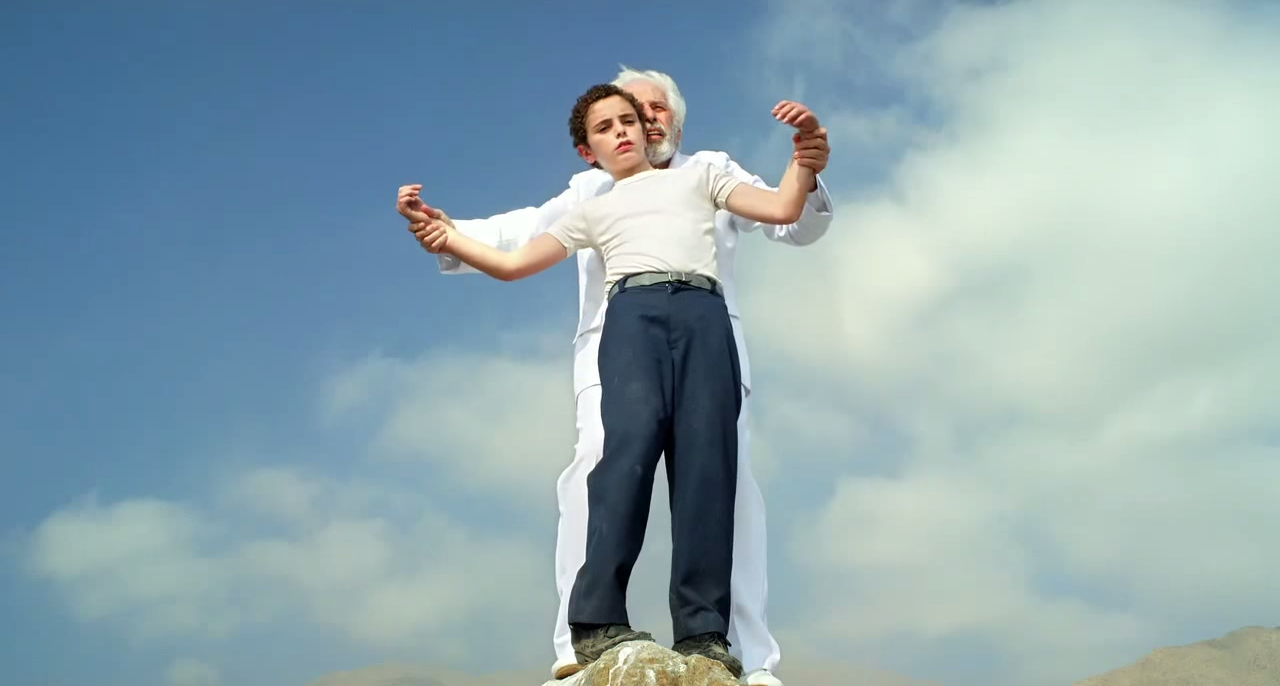 After more than two decades without releasing a film, this past year has brought about the revival of Alejandro Jodorowsky’s cult legacy. This revival is less due to his most recent film The Dance of Reality, which is based on his autobiography of the same name, than it is to Frank Pavich’s documentary Jodorowsky’s Dune. It’s ironic that what was deemed the best way to cast Jodorowsky back into the spotlights of the international art house, cult and independent communities after this hiatus was for Jodorowsky and his friends to talk about a film of his that was never even made. What makes it seem less ironic and more contrived, though, is that it received its world premiere last year at Cannes, alongside his own film. In the US, the documentary was released first, its run followed just recently by The Dance of Reality.

With these two works, Jodorowsky’s status as an auteur has been undergoing a retrospective experience. That’s not saying much for any cult icon, but Jodorowsky became an exception when he, the lead actor for almost all his films, started conducting it himself. While in Jodorowsky’s Dune he and others reflect and expound upon his surreally rich creativity that is still as strong as it was in the 70s, in The Dance of Reality Jodorowsky gives a nod to Federico Fellini’s Amarcord as he takes an exponentially more personal and intimate leap back in time to his childhood and family in 1940s fascist Chile.

Now ‘personal’ and ‘intimate’ is not how you would necessarily describe any of Jodorowsky’s other films (including the storyboards for Dune). His style has been defined by his meticulous use of mise-en-scène, in which he fully creates and captures atmosphere despite his massive and fully handcrafted images that surpass the frame, including sets, landscapes and choreographed mobs of people. While thematically he’s known for his marriage of the absurd to the religiously spiritual that remains evident in The Dance of Reality, these things have been significantly downscaled. In exchange, just like Amarcord, Jodorowsky has made a filmic memoir that showcases a circus-like stream of characters and vignettes that are simultaneously poetic and vulgar. While he recreates his childhood and brings to it his avant-garde trademark mixture of beauty, horror and humor, he also gives it such naturalistic form to make the most realistic story he’s ever told. It seems that his inspirations that have made him such an eclectic and iconic artist stem from when he was but a little boy growing up in his hometown of Tocopilla.

I’ve said the man’s last name an unforgivable number of times by now and I’m not even halfway through. Well, it’s really hard to get away from the guy, not only because he is the center of attention for most of his work in film, but because he has also entertained the need to build his own persona around it (he introduced the film’s premiere in Montreal via a recording of himself sitting naked and unabashedly reciting his small speech). If Jodorowsky’s craft comes across as narcissistic, it’s because his work is the result of a very good kind of introspection. Especially in The Dance of Reality, he finds new and meaningful ways of making himself the focus of attention, the ringmaster of these scenes otherwise connected by him as a boy (Jeremias Herskovits), his Stalin-mustached father Jaime (Brontis Jodorowsky, one of his three sons in the film) and his opera-singing mother Sara (soprano Pamela Flores). He plays himself as an adult in front of the camera as he tenderly hugs his prepubescent counterpart while speaking to him in voiceover. He plays himself as a director, gingerly entering the frame as he places a pistol into the outstretched hand of his father. In short, Jodorowsky demonstrates more than ever that his role in his films is to immerse himself in the worlds that he himself has fashioned.

Other formal elements and narratives stand out from The Dance of Reality’s endless flow of fantastic and theatrical images. One is Jaime’s communist plot and/or quest to assassinate the dictator Ibanez (Bastián Bodenhöfer), which after going awry becomes a long spiritual journey to sainthood. Brontis, who up to this point has played a strict familial dictator with occasional bits of pride or helplessness, becomes a blank slate in his psychological ordeal as he sprouts a Nazarethian beard and hairdo, has his body painted like the Chilean flag, is stripped naked and tortured, and beats a whole Nazi parade into a fit of babyish tears.

What’s more overarching, though, is how Jodorowsky impresses his boyhood with poetic wisdom. When in anguish his younger self stands on the beach throwing stones at the water, a silver-skinned tippler warns him that a single stone can kill the whole sea. Sure enough, when he throws his next stone, a huge wave floods the shore with thousands of dead fish. When he has a nightmare and says he is afraid of the dark, his mother paints both their bodies black with shoe polish and their fears are dissolved in an ecstatic dance. And, when he is beaten up in a bar for being a Jew, his mother teaches him to be invisible by taking off all her clothes, and she goes unnoticed as she walks through the bar naked. It’s the way in which Jodorowsky films these scenes with a series of powerful close-ups, tracking shots and point of view that emphasise the perspective of child as witness to this momentous phenomena that makes his messages about the loss of innocence so majestically potent.

All this seems to suggest that this will be Jodorowsky’s last film. That said, I’m hopeful that it won’t be. His craft for creating cinematic wonder beyond political and historical backgrounds to advocate the universality of the human soul is too amazing and too important to go unused when, clearly, he still has so much to offer.