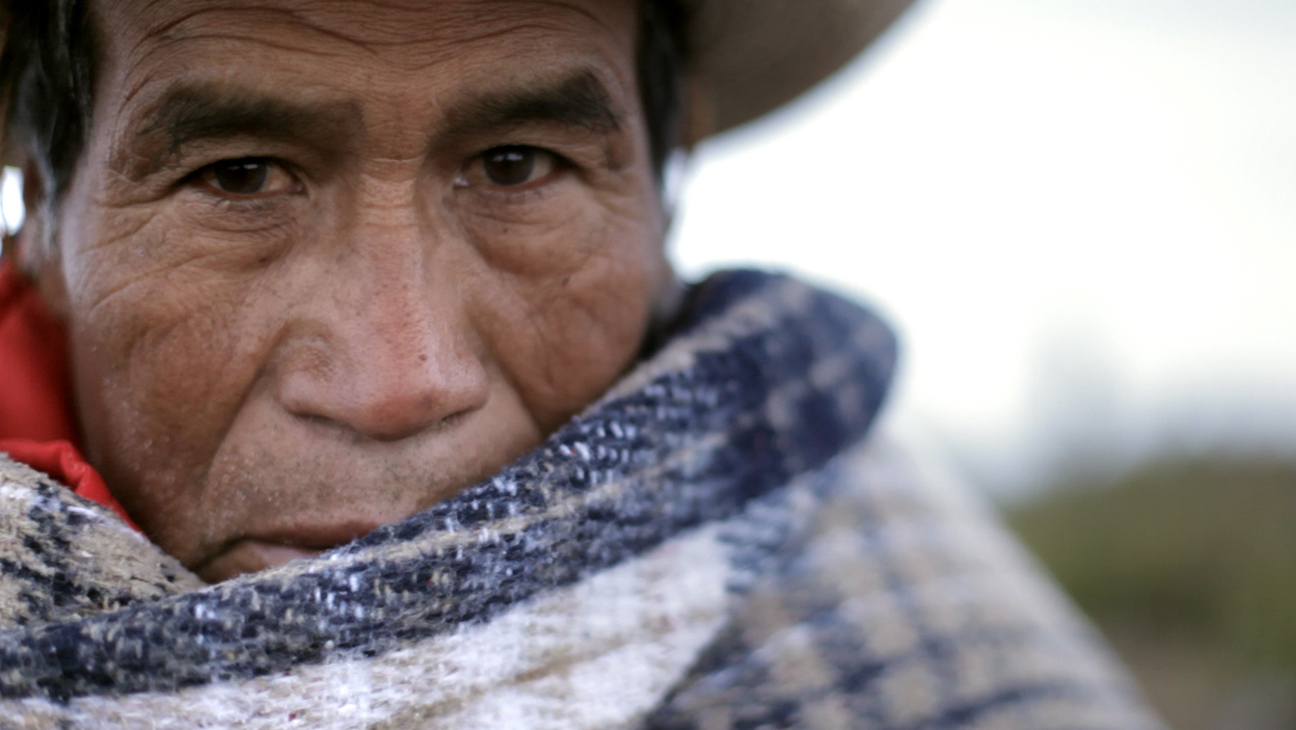 Echo of the Mountain is the newest film from director Nicolás Echevarría, who has been a stalwart of Mexican cinema for the past forty years, producing mostly documentary films about people from his home country. Echevarría, Spanish-Mexican by descent, has focused almost exclusively on Mexico’s indigenous population, which makes his films in some sense part of the tradition of ethnographic filmmaking. They are often explorations of indigenous cultural traditions contained within a more personal framework. The director spends considerable amounts of time living with the subjects of his films, producing intimate portraits that at the same time reveal something about the broader cultural background from where these people come.

Echo of the Mountain takes as its subject the Huichol artist Santos de la Torre, who lives and works in the western Sierra Madre in near-anonymity. He achieved some international acclaim in 1997 when one of his murals was put up in the famous Paris metro station Palais Royal near the Louvre. However, the gesture did little to increase de la Torre’s international renown: the film opens with television footage of the presentation of the mural to the City of Paris by the then-Mexican president Ernesto Zedillo, a ceremony to which the artist was conspicuously not invited. We then see more television footage from that period, this time of a news team’s helicopter that has tracked down the artist and his family at their home to interview him about the Parisian mural. De la Torre’s voice is heard reflecting on the experience while this footage plays: we hear his bewilderment at not being invited to the mural’s opening, his shock at being swooped down upon at his farm by the media, and finally the grief and suffering that the whole incident caused him.

The rest of Echevarría’s film focuses on the artist and his work and life today, looking equally at the deeply conservative attitude to tradition he holds as well as the ways in which this informs his art. We bear witness to a number of rituals as practiced by the Huichol community: animal sacrifice, the “hunting” and consumption of peyote, and a shaman’s healing. Spirituality, an emphasis on retaining indigenous cultural practices, and a resistance to outside pressure (the threat of industry to sacred community lands is brought up numerous times) inform the artist’s work, which finds its expression in the film in a new mural that is finally displayed at the end. De la Torre’s murals are incredibly intricate works of art, both thematically and visually, composed of thousands of tiny coloured beads that give shape to the myriad spiritually significant figures of Huichol culture. As someone who knows very little about mural art, in which Mexico has a long and complex tradition, the film was certainly valuable in terms of the appreciation it gave me for the art form. De la Torre’s murals give a vibrant form to the independent, conservationist values that he espouses as well as giving a highly stylised visual analogue of our various encounters with the cultural practices of the Huichol people.

Echo of the Mountain is by no means a great piece of filmmaking, but neither is it a work with particularly high ambitions. As in Wim Wenders’ recent portrait of the photographer Sebastião’s Salgado in The Salt of the Earth, Echevarría seems to be content with simply bringing attention to the life and work of an artist who the audience may never have encountered. The film’s intimacy of scale belies a mutual respect between filmmaker and subject, and considering the lack of recognition for de la Torre’s work in the past, Echevarría’s very personal portrait of the artist is an admirable gesture of artistic generosity.