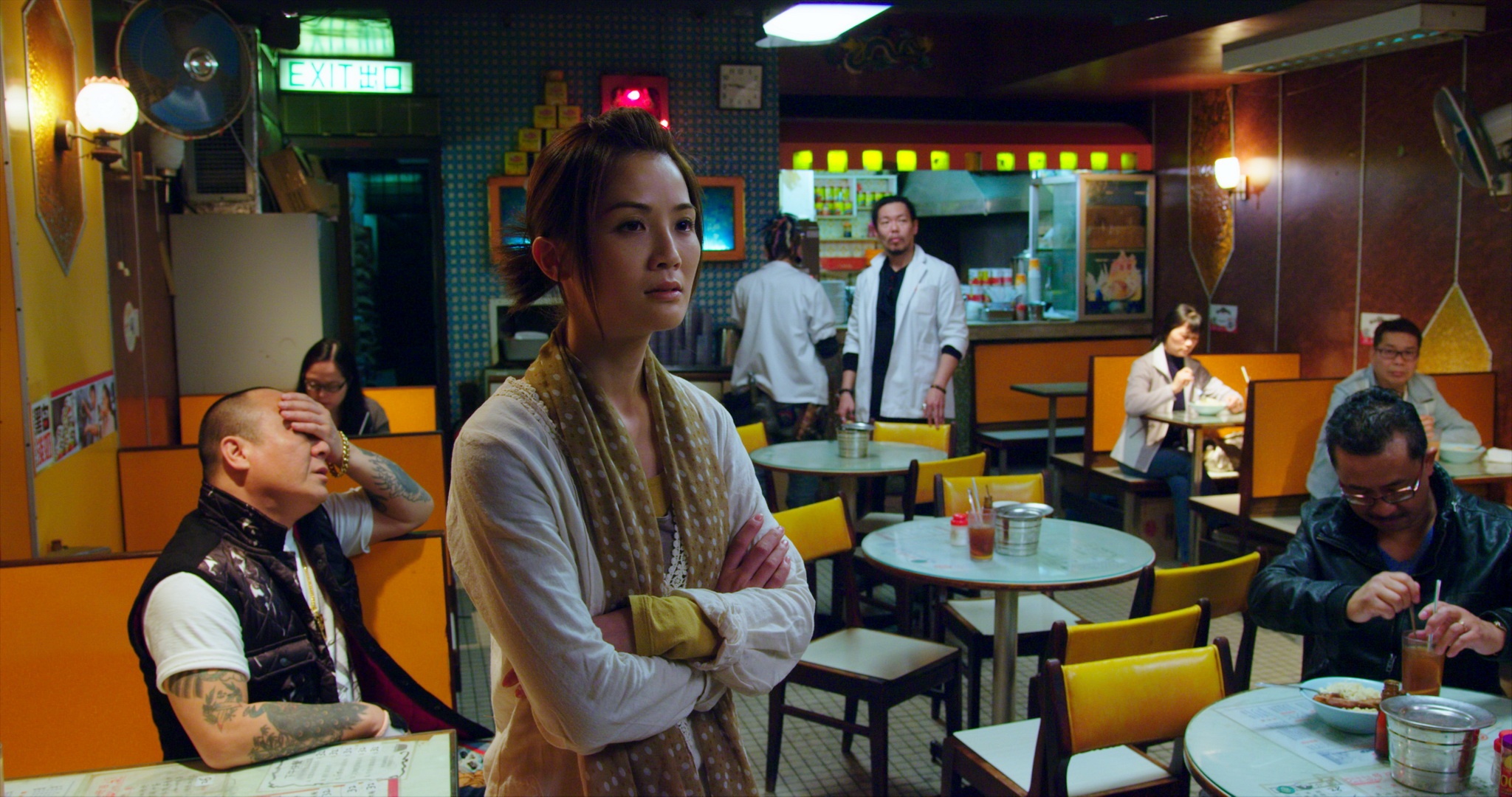 Hong Kong is a weird place. All casinos and Buddhist temples, stockbrokers and stir-fries, deflated British imperialism and catchy Cantopop, it can seem impenetrable to outsiders even while it becomes more and more of a recognisably ‘Western’ megacity. All the better for us cinephiles, though: the undefinable peculiarity of the place has allowed so many of its films to function as unusually emotive, uncommonly entertaining parables of the strengths and shortcomings of our hyperconnected modern lives. While Lee Po-Cheung’s Gangster Payday never makes an effort to plumb those kinds of arthouse depths, its ability to work as a straight-up triad drama, culture-clash fable, and even wilfully cheesy Hong-Kong-rom-com makes it a fascinating animation of what makes millennial world cinema tick. Besides, it’s a fun ride; approaching the dreaded ‘zaniness’ without beginning to grate, and overplaying its own clichéd qualities, making for a definite winner.

Most recognisably featuring stalwart Anthony Wong as middle-aged gangster Ghost (yes, the Hawaiian-shirted bad guy from Hard Boiled, Woo fans) alongside pop star Charlene Choi, Gangster Payday has an unexpectedly light premise, at odds with its title and crime themes. Chirpy tea-house manager Mei (Choi) runs into some sketchy thug types during a take-away delivery, but is saved from real trouble by a rival gang led by Ghost. Despite having a good twenty years on her, Ghost is enamoured of Mei’s empathy – both have recently lost parents – and his gang begin to frequent the café she runs with her ageing uncle. The film spends much of its running time balancing this plot with a second potential romance, though, between Mei and Ghost’s up-and-coming enforcer, Leung (Wong You-nam), as well as its strongest subplot, as a band of predatory property developers attempt to muscle in on Ghost’s triad’s traditional territory. It just so happens that one of their protection rackets under threat is the one they run with Mei’s business.

What should be laughably hackneyed, all forced romance and unlikely impassioned mob drama, instead works to skewer the rabid speculation and criminal connections at the heart of much of the world’s most prime real estate, as well as lament that organised thuggery is no longer accompanied by the codes of honour that it might once have been. A more serious film would run into ethical trouble here: the developers’ extortion, blackmail and outright violence are placed in opposition to the Hung Hing gang’s apparent lack of any real criminal involvement. In truth, Ghost and his lieutenants Two and Brother B appear to conduct their triad empire mainly by receiving massages and eating at noodle bars; dealing with the main narrative conflict in such an irreverent way ultimately relaxes Gangster Payday enough that its bumbling depiction of organised crime is funny rather than concerning. Often, more than funny: Two and Brother B suffering increasing vexation while attempting to bake dainty pastries, or Ghost’s rather feeble efforts at roguish charm while chasing Mei (mainly thanks to Wong, in a strong performance) are little short of hilarious.

It can’t be said that there is any significant depth to Gangster Payday, in truth, and its basic levity probably excludes it from categorisation alongside recent great crime satires like In Bruges, whose tone it sometimes evokes. Other weaknesses mar the film to some extent, too, particularly its uninteresting visual design, which, I suspect, relies on the pre-packaged spectacle of neon, floodlit Hong Kong rather than on particularly energetic cinematography. Similarly, twenty or so hours after watching the film, I’ve already forgotten what Leung looked like; such is the identikit nature of his character. In an odd way, though, jettisoning ‘tough’ themes in favour of a focus on the human aspects of its characters, especially while placing them within tried-and-true generic boundaries, actually enhances the way Gangster Payday works as a film to undercut the swagger and physicality of Hong Kong cinema tropes. A witty look at the loss of identity effected by political power-playing, couched in a palatable but self-effacing storyline, I can do little but recommend Gangster Payday – and maybe look into copyrighting the phrase “Hong-Kong-rom-com”.