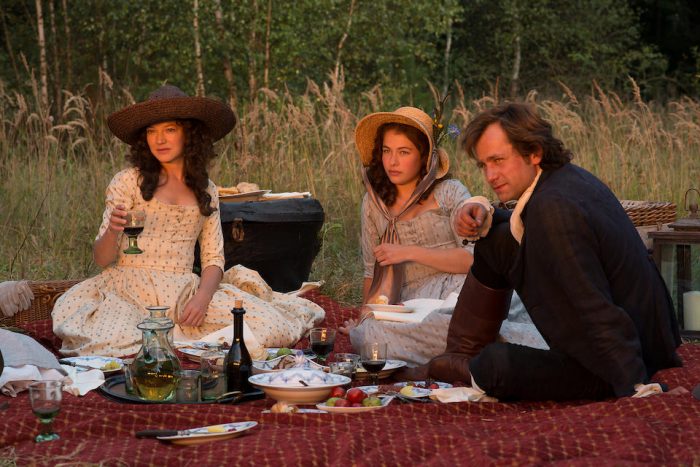 It’s that time of year when the Germans and teutophiles of Australia come together and rejoice to dance around the Maypole, hands linked, crying out: “Yes! The Audi Festival of German Films is here again!”

Having moved from its usual late April slot to the slightly chillier, more cinematically suited climes of mid-to-late May, the festival is set to once again offer a selection of current and classic German cinema, in many instances offering a unique opportunity for Australian audiences to see certain films in a theatre.1

The program features films by some of the most famous contemporary German directors. Festival favourite Fatih Akin (Head-On, The Edge of Heaven) brings his historical epic The Cut, his biggest, most ambitious project yet, a controversial drama about the Armenian genocide, which was met with largely unfavourable reviews in Venice. Acclaimed veteran Dominik Graf makes a welcome appearance with his period drama Beloved Sisters (2014), a beautifully fluid rumination on the turbulent love triangle between Friedrich Schiller and two aristocratic sisters.2

And of course, it just wouldn’t be a German film festival without Moritz Bleibtreu or Jürgen Vogel starring in at least one film (although their leading man counterparts Til Schweiger and Daniel Brühl seem to be sitting this one out). Bleibtreu stars in the fun-looking crime-comedy Not My Day, about a bank employee who decides to rob a bank. Tougher times are in store for Vogel, it seems, who plays the haunted Eric in the “stylish, multi-layered” thriller Stereo.

Those interested in German film history are well served by the complementary inclusion of both a restored version of F.W. Murnau’s Faust (1926) and Rüdiger Suchsland’s documentary From Caligari to Hitler, which takes Kracauer’s seminal 1947 text of the same name as a starting off point for a discussion of German Expressionist film, featuring clips and interviews from German film scholars and luminaries such as Thomas Elsaesser and Volker Schlöndorff.

The festival also offers another chance to catch Dietrich Brüggemann’s Stations of the Cross, which played both MIFF and the Windows on Europe Film Festival last year, and Stefan Haupt’s The Circle, a highlight of the recent Mardi Gras Film Festival.