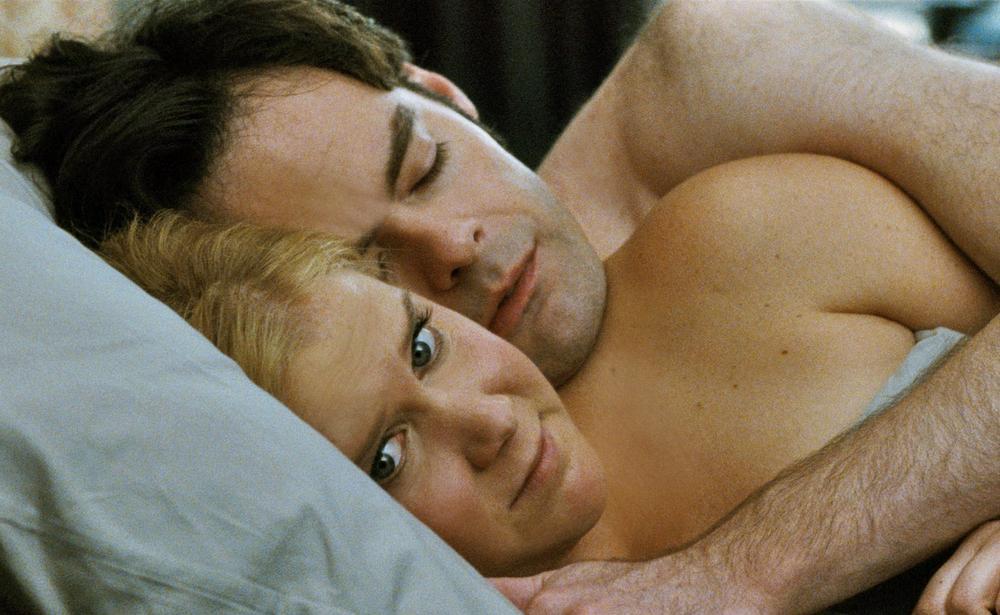 Trainwreck was exactly what its name purports to be – a trainwreck. It was predictable, not funny, and blatantly offensive in parts. Nothing about it was original or charming, least of all Amy Schumer. That sounds harsh, and I actually don’t have anything against Schumer. I enjoy some of her comedy, and I thought she defended herself well when she was accused of making racist jokes, by apologising and taking responsibility for the fact that she made a mistake. I’m also a fan of some of Judd Apatow’s productions – I found Bridesmaids both hilarious and inoffensive. As such, I was actually looking forward to seeing Trainwreck.

But oh, what a disappointment. The film opens with a grainy flashback to Amy’s childhood. Her philandering father is getting a divorce from her mother and makes her chant after him, “monogamy isn’t realistic” over and over again. Now there are some people who do not believe in monogamy, and that’s fine. People should be free to have whatever sorts of relationships they desire, as long as they’re open about it with their partners. However, Amy’s aversion to monogamy, stemming from this weird ceremony, which takes place on the boot of a car, is pitched as her number one character flaw. 23 years later, we see Amy hooking up with a variety of beautiful men and kicking them out before morning. Poor Amy! She should be settling down! But she can’t because she has a phobia of commitment!

At this point, we are encouraged to reflect on contemporary gender expectations and whether or not we truly live in a ‘postfeminist’ era. Suppose we were watching a film about a great-looking guy who sleeps with lots of girls. Would we feel sorry for him because he can’t commit? No, we would think, ‘Boys will be boys.’ Thus it could be argued that Trainwreck challenges its audience to reconsider gender norms. Amy is like a dude! We celebrate dudes, so we should celebrate Amy for transcending traditional gender prescriptions! Go Amy! This is what Anne Helen Peterson of Buzzfeed argues:

Like so many women of her generation, [Amy] grew up surrounded by ideas of postfeminism, which suggest that the ‘work’ of feminism has been achieved and we can all focus on having fun. The problem, however, is that ‘fun’ is still circumscribed by patriarchy, and a woman’s worth is determined by her ability to hew to expectations of desirability.

I disagree with Peterson. Certainly, Amy is a woman who acts like a caricature of a modern day (male) asshole. And yet, the overall effect does not challenge us to consider the state of feminism today. Amy doesn’t sleep around because she wants to feel liberated, she sleeps around because her father encourages her to. She doesn’t act like a man to get ahead at work, she just happens to not fit in to society’s standards of feminine beauty to the point where her boyfriend tells her she literally looks like a man from behind. This is not Amy trying to be a man due to societal pressure, this is Amy being, on the one hand, influenced by an important man in her life and, on the other hand, being made fun of for not living up to the usual standard of beauty required of a female protagonist in a romantic comedy.

The other problem with Amy is that she’s so unlikeable. I’m not saying this because I think that all women should be nice. I’m saying this because Amy’s boyfriend, Aaron (Bill Hader), is incredibly nice, to the point where it becomes confusing why he even speaks to her, let alone dates her. For me, Amy’s main problem is not that she doesn’t want to be in a long-term relationship, or that she sleeps with a lot of men, or that she smokes cannabis. For me, Amy’s main problem is that she is selfish, cowardly and stuck in that immature phase of thinking not caring makes you cool.

Aaron, on the other hand, is an honest, caring sports doctor. He’s perfect, apart from this weird thing he does where he stitches up Amy’s father’s face despite him yelling, “I do not consent!” When he wins an award for humanitarian work, Amy decides to take a phone call and smoke a joint. When he has a major surgery the next day, Amy forces him to stay up all night while she whines about the state of her life and their relationship. “Aaron,” I wanted to yell at the screen, “RUN FOR YOUR LIFE. THERE ARE PLENTY OF NICE WOMEN OUT THERE. And I don’t mean women who have slept with less men, or who smoke less pot, I mean women who will respect you and appreciate the time and effort you have put into this relationship.”

For me, this mischaracterisation of modern feminism is where Trainwreck falls flat. One way of looking at the film is that it implies that for women to be liberated, they should behave like a certain obnoxious type of man and bully other, nicer men into putting up with them. Understood in this regard, the difference between Trainwreck and Lena Dunham’s Girls is that in Girls both male and female characters are flawed and selfish; in Trainwreck, the male is perfect while the female is selfish and battling to convince him, and the audience, that she is lovable.

Alternatively, we could assume, much like Peterson, that Trainwreck suggests that Amy should stop trying to act like a stereotypical alpha male, but then we’re left back at square one and the film may as well not be about feminism at all. You see, it’s fair enough to argue that women should not behave like a man to be happy, but the only alternative offered by the film is that they should behave more like the happy housewife that is Amy’s sister, Kim (Brie Larson). In the end, this is what Amy does: she reverts to traditional gender ideals and learns how to dance like a cheerleader. Sure, she doesn’t do it well because she’s clumsy, but Trainwreck argues that this is why we should love her. It’s the thought that counts, and Amy should be rewarded for at least attempting to behave like a woman who wants, above anything, to be with a man.

The other major issue I had with Trainwreck was its casual racism.1 There is an uncomfortable exchange where Aaron challenges Amy to show him evidence of having African American friends. She shows him a photo and he retorts, “This is a photo of you and your white friend and the hand of a black waiter.” There’s another scene where Amy and Aaron are watching toy sailboats in the park, and Amy’s voiceover declares them “the whitest couple”. What does that even mean? Then later, Amy tries to convince her father to have acupuncture and he says, “I’m never letting an Oriental girl touch me above the waist.” In defence of these tasteless jokes, I’m sure Schumer would argue that her character is again, the “irreverent idiot”, but the fact is, she’s not. At Kim’s party, one of the guests says that she has not yet explained “the sort of people” lesbians are to her child. Amy defends same-sex couples, asserting that they’re just regular people. She is also regularly praised for her intelligent writing – so intelligent, apparently, that one of her articles is published in Vanity Fair.

To conclude, the only saving grace of Trainwreck is seeing Tilda Swinton in fake tan. She plays Amy’s callous boss with aplomb – steeped in vulgarity and so far from her usual ethereal self. When I heard that Amy Schumer was making a film, I hoped it would feature a female protagonist who embraced her sexuality and won her suitors over with wit and humour. In this respect, I was sorely disappointed. Trainwreck is neither an intelligent nor thought-provoking film. It departs from the romantic comedy formula in only one, bizarre way: by pairing its entitled and unlikable female protagonist with a modern day prince charming.