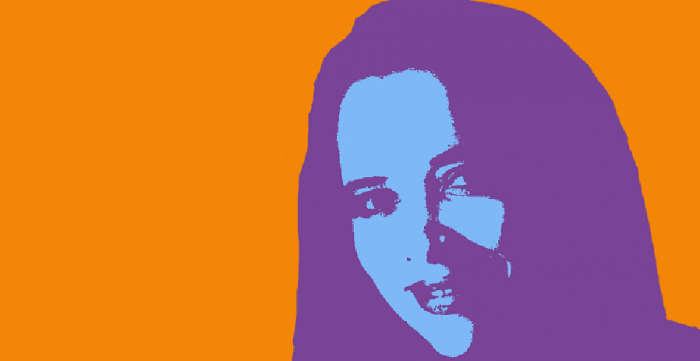 The Sydney Latin American Film Festival, now in its 11th year, is screening the best cinema from the region across five days at Dendy Opera Quays. Ahead of its launch this week, we caught up with programmer Gisselle Gallego to speak about the films on offer, and the landscape of Latin American cinema.

How does the festival’s 11-year history impact your job in securing films for this year’s festival?

I think it’s good because obviously people know us. We have a good track record. They see that we treat the talent really well—directors, producers, and also distributors. We have good will and it gives us a platform to talk to people. Also we have a call for entries, so people send us material. We close in January and people still send us films, and we come across really good gems from that.

So it closes in January, and after that deadline, if you were to get a film, you would try and stay in touch with them at least?

Yes, always. I always say “we’re closed, we’re done”, but you know, we’ll see what we can do, and we’ll definitely consider for next year. I always ensure that I look at everything that I receive. We get a whole variety—we get a lot of shorts, particularly. This year, what we did was very different was that we asked different festivals around the world to curate the shorts for us. In Australia we ask KidzFlicks because we have a special section dedicated to children’s films. We ask Bogotá Short Film Festival, Cine Las Americas in Austin is fabulous as well, the Vancouver Latin American Film Festival, and the Ambulante documentary film festival, which travels around Latin America. They all came aboard and curated the short films for us.

I’ve heard you speak in previous years about how government funding impacts certain countries’ cinema scenes, and how their cinema is emerging a little bit more as a result. What has that landscape been like this year compared to previous years? Which countries have stood out for you?

Peru. Peru’s seeing a lot of funding. One of their features [Magallanes] ended up in the Sydney Film Festival, so we were quite pleased. The other thing I saw that’s quite interesting is that films from Spain are looking to collaborate with Latin America in a co-production. It’s no longer Spain’s co-producers coming out but the Latin American countries co-producing with Spain. A lot of the Nordic countries co-produce between countries—we didn’t see that before. A lot of films this year have actors from different countries in Latin America. We have a film with a Columbian, a Cuban and an Argentinean all in the same production. I talked to one of the directors and they said “it’s a way for us to get into different markets”. The thing is we’re very into regions, so when you get an Argentinian film, it does well in Argentina, but when they take it to Columbia, people don’t necessarily find it that interesting. This is a way for them to break some barriers and get some more traction in another country. So that’s been very different this year.

Do you see yourself as facilitating their breaking into Australia?

We used to run a local filmmakers’ session as well for filmmakers who had a Latin background and were based in Australia so we had this really great connection. This year we didn’t do it, but we also kind of support local talent that has that Australian connection. I still think the geographical barrier between Oceania still exists. There’s less co-productions here, they’re mostly European and American. They’re obviously US Latin America, so we need to bridge that gap, and I think it’s geographical more than anything. Also the time difference makes it difficult, but I think we’ll get there. There are more filmmakers out there that are in post-production, who we hope to get for next year.

To talk about the program, when did you realise that now was the year to introduce an official competition? What motivated that?

I think in the past that’s been the short film competition, and we obviously decided that we wanted other kinds of films. I think also what’s appealing to filmmakers and producers is a way to get recognised, because a lot of them do it the hard way. I think every little bit counts, so if we can give them support in terms of cash that allows them to do other things, I think it’s quite valuable. Also, the competition comes from the jury. They really appreciate that. They value the audience award, but I think the recognition from the jury also counts. We wanted that for feature-length filmmakers and ideally we’d have one for documentary filmmakers as well. We want to get to the point where feature films and documentaries and shorts all get a little bit of it.

Even though the documentaries sit outside the official competition, they all seem quite political in their own way. How intentional is that on your part?

That’s interesting because two of them aren’t political. With Beyond My Grandfather Allende, when I first saw it, I thought “oh, man, this is gonna be really political”. It’s made by [Salvador] Allende’s granddaughter, and it’s quite tender and beautiful because she manages to speak to her grandmother before she dies, and she’s Allende’s wife. The interesting thing is that all the family secrets come out. While there is a political undertone for each of them, it’s very personal. It’s quite surprising to hear what the family has the say and what they’re going through, which I don’t think a lot of people realise. Also, it’s a reaction from the audience award. We always ask for feedback and they say “oh, you know, we wanted a bit more history, we want to know more about history”. It’s a bit dry to just present history, so I think this fills that gap. And Your Parents Will Come Back, which is from Uruguay, the second documentary that appears to be political… it’s also about identity, and these children who have this question of belonging—am I Uruguayan, am I European? [This questioning] happens when you migrate to Australia: who are you, what is your identity, and how do we self-identify us? I think a lot of the audience that comes to the festival will connect with that, and with the political undertone, there is a bit more to that.

And the third one, a Columbian film called Patient, that one has a social justice focus, and that one is really about the conversation that has been happening about public health care: how we should have universal access, whether it’s sustainable, what happens when you change universal health care and the market shift that deprives health care. It becomes no longer a human right but a commodity, where others decide who pays for what and creates barriers between people who have access. While it’s obviously an extreme case of this, you can see that in ten years’ time, if you change how people access health care, you’re going to end up fighting against the bureaucracy to get access to just plain care. The thing about this documentary, even though it’s about a mom who’s fighting for health care for her daughter who has cancer, it’s not that sentimental. It’s very well done. Jorge Caballero does an amazing job of creating a story that just follows her, seeing what she is seeing and igniting that discussion. From another perspective, it speaks to doctors about building empathy towards your patient. In that system, it becomes routine, you forget to care about the people. If I could, I would get every health care professional in Australia to watch the film.

In terms of picking some of the other films, they seem a bit lighter than the documentaries. Did you pick them as a complement to those documentaries or was it the other way around? How did you settle on, for instance, the opening and closing night films?

Sure, it was the other way around, so we actually picked the features first and then the documentaries after. This year it needed to be bold and different. Given what was happening around the world, we wanted something that had intimacy and love, and not love in terms of relationships but love in terms of compassion, a really beautiful thing. I wanted the opening night to be fun. With Jules and Delores, we wanted people to go out there and think “I wanna party”. If you’re into dances, the 80’s are back, and I really hope people dress up. It’s really really great fun curating that night. And same with the closing night film [Jeremy], it’s a beautiful, tender, family story by a first-time director [Anwar Safar], so we’re opening and closing on a good note. It’s a rollercoaster of emotions: things that make you cry, and that make you think about your own lives.

We also love Walking Distance. It’s Mexican with, again, a first feature from the director [Alejandro Guzmán Álvarez]. It’s about a morbidly obese man, and the actor actually plays in a band that’s quite well known in Mexico. It’s called Walking Distance but the title actually translates to “short distance”; a bit lost in translation. It really is about how hard it is to walk and carry so much weight. He finds an old film from before digital cameras, and he has to walk all the way to a place where he can get it developed. He goes on a journey, and he meets this wonderful young person and they have a beautiful friendship, and from then onwards it’s just absolutely gorgeous and loving and tender.

That does sound wonderful. I didn’t want to finish without asking about the Community Service Program (CSP) which is another thing that sets the festival apart. What appeals to you so strongly about the two organisations in this year’s program?

One is Trabajo y Persona in Venezuela, which means “work and person”. For people in Venezuela right now, it’s quite dry in terms of work opportunities and projects for young people who feel disenfranchised, and this gives them the opportunity for them to learn a new trade and hopefully give them the opportunity to work. The second one is in Costa Rica, which is CEPIA [Cultura, Educacion y Psicologia de la Infancia y la Adolescencia], and it serves children to help break them free from the cycle of poverty, giving them opportunities in terms of education. There is one person, Ana [Lopez], a volunteer who works really hard to identify the organisations. Of course there is a process where they apply, like a grant, and of course there is an evaluation and then we determine who participates. If we were bigger, we’d probably have three. It depends on how much we think we can raise funds, too.

Do you see the festival to distinguish itself in Sydney specifically? Is it a major focus for the festival going forward?

Yeah, absolutely. We are all volunteers, and we typically turn over thousands of hours of volunteer work to bring the festival together. We really want audiences to enjoy the festival, and like other festivals the films are a big part of it, but definitely it’s a big drive that we donate our time and holidays to be able to raise funds for other people.

The Sydney Latin American Film Festival runs from September 8 to September 12 at Dendy Opera Quays. For further information and to buy tickets, visit their website.