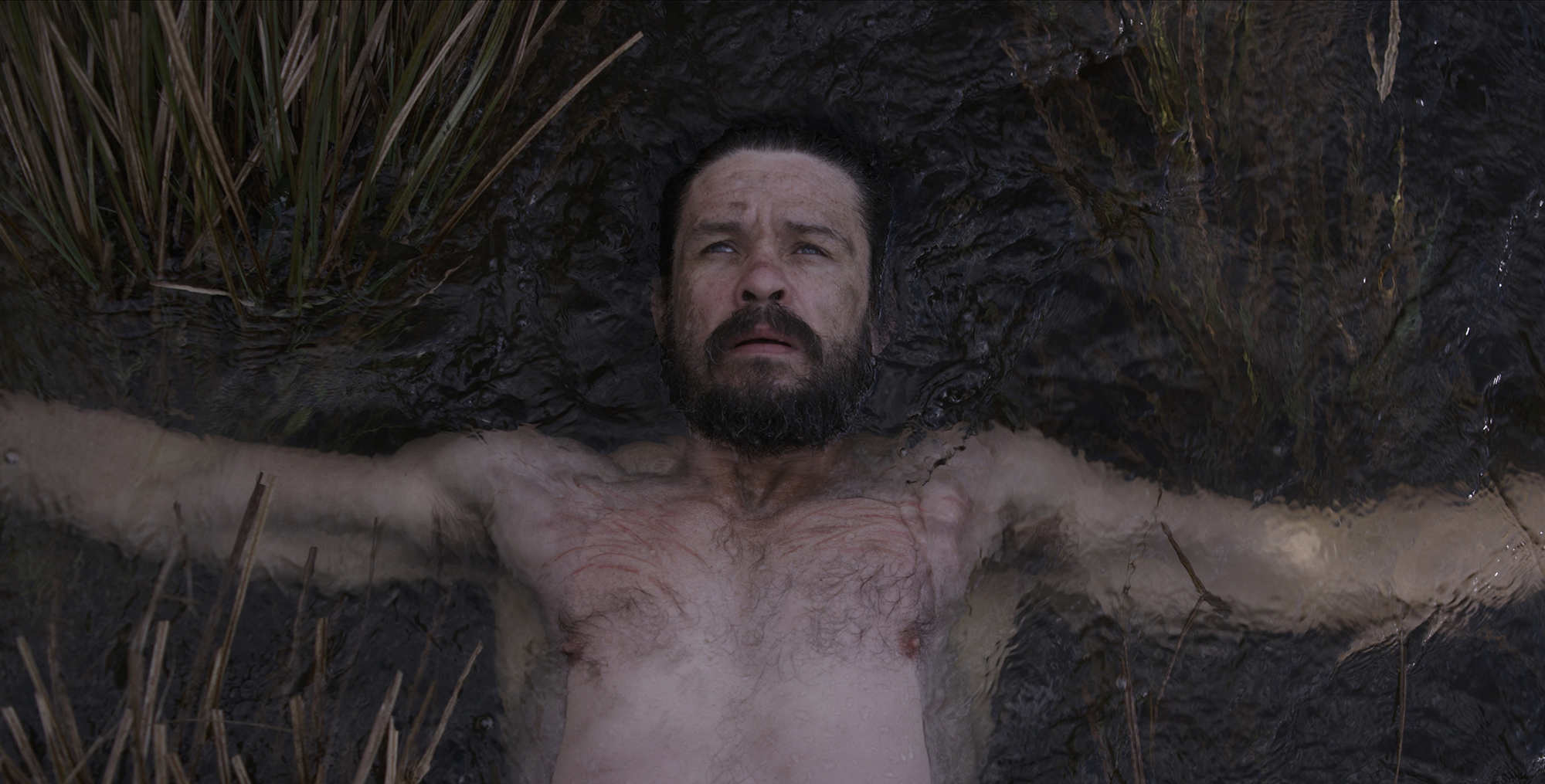 It’s difficult to describe exactly how and why Fell is so arresting but I’ll be damned if wasn’t completely enthralled the whole 100 minutes. Controlled and calm, articulate and astute, Kasimir Burgess’ debut feature asserts itself as a work of seething restraint, understanding the power of the understatement and allowing immanence to speak for itself. In Kasimir Burgess, we have a very unique feature director, speaking with images and wielding the cut as a weapon, ensuring a steady though subdued pace and eliciting brilliant performances. Though light on dialogue and clear narrative thrust, Fell is always engaging, blending form and theme in the confrontation of man’s primal potential to play destroyer and protector.

Fell follows Thomas (Matt Nable) a loving father whose daughter is accidentally killed and abandoned by truck driver Luke (Daniel Henshall). The film then follows the lives of both men as they deal with the fallout from this event and their inherent capacities for destruction. The most immediately impressive aspect of the film is its cinematography, executed with great aplomb by Marden Dean. Immediately visually reminiscent of Burgess’ 2011 Crystal Bear Winner Lily, the deep greens of the Victorian forests are again a notable divergence from the typical environmental aridity in Australian cinema. Burgess and Dean’s images are also astoundingly articulate and the strength of each individual composition keeps the film from becoming tiresome or visually repetitive. Most significantly though, beyond being simply beautiful, just about every single shot feels as though it has a narrative contribution, every single shot means something. On top of this, the rhythmically graceful and consistently paced editing allows every moment to unfold with an eerily pervasive sense of inevitability. The pacing is likely to be a sticking point for many, with complaints that it is too languorous understandable but for me, not at all relatable. The subdued tone of the visuals perfectly complements the film’s themes, its restraint equal to that of its protagonist and to pursue anything otherwise stylistically would not serve the story. As such, the calm, controlled nature of the cinematography and editing lends Fell a visual sense that is not only unique to the film but also contributes to a dense conceptual cohesion.

This meticulous approach is largely attributable to Burgess’ experience in short filmmaking. The obvious respect for narrative accountability, structural control and emotional impact are clear in Fell, as every beat is imbued with a definite sense of narrative significance. It is in the surprising prevalence of narrative ambiguity however that this structural discipline really pays off. Largely communicated by means other than dialogue, Burgess avoids signposting the exact nature of a moment, meaning the characters trajectories are as unknown to us as they are to them. When hinting at parallels between his two leads, Burgess pulls back just before it gets too cerebral, preferring suggestion and intuition to explanation. As such, events roll inexorably into one another and in various instances throughout the film, we don’t realise we’ve been waiting for a moment until it occurs.

The two leads, Matt Nable and Daniel Henshall, are absolutely brilliant. It’s extremely rare for subtext to feel like payoff but such is the strength of Matt Nable and Daniel Henshall’s performances. Nable’s unreadability, as angel or demon, compounded by passages that almost altogether hide his face, is particularly compelling. I can see some audiences having problems with the extremely minimal dialogue but personally, it does not feel lacking so much as necessarily absent. As such, characterisation occurs generally through direct subjective engagement, as we come to understand their thoughts and internal processes rather than interpreting overt displays, which feel as if they would do more to shield and obscure truth than reveal.

The most captivating thing about Fell in all this technical brilliance is that you don’t perceive its effects as effects, rather, simply as occurrences. The felling of trees throughout the film is unspeakably powerful and the irreversibility of the destructive act is made inescapable. The reality is that these intense natural elements do not come across simply as representations; they are forces of nature, connected undeniably to a physical reality. The brilliantly crafted sound of the screaming and crashing of the falling trees is almost unbearable. These technically meritorious moments are thus, felt before they are understood and are responsible for Fell’s emotional power.

Ultimately, Fell is brilliant and as good as any Australian film in recent memory. Though its pace and insistence on telling a story with images are likely to alienate certain audiences, I’d hate to think that people would be scared off at the thought of it or indeed, at the thought of a simple conceit: guy loses daughter, goes logging, tension simmers. It really is so much more than that and I’ve only really touched on what I’ve made sense of. It’s just an affecting film which I feel like I’ll watch a fair few times and I’d urge y’all to do the same.