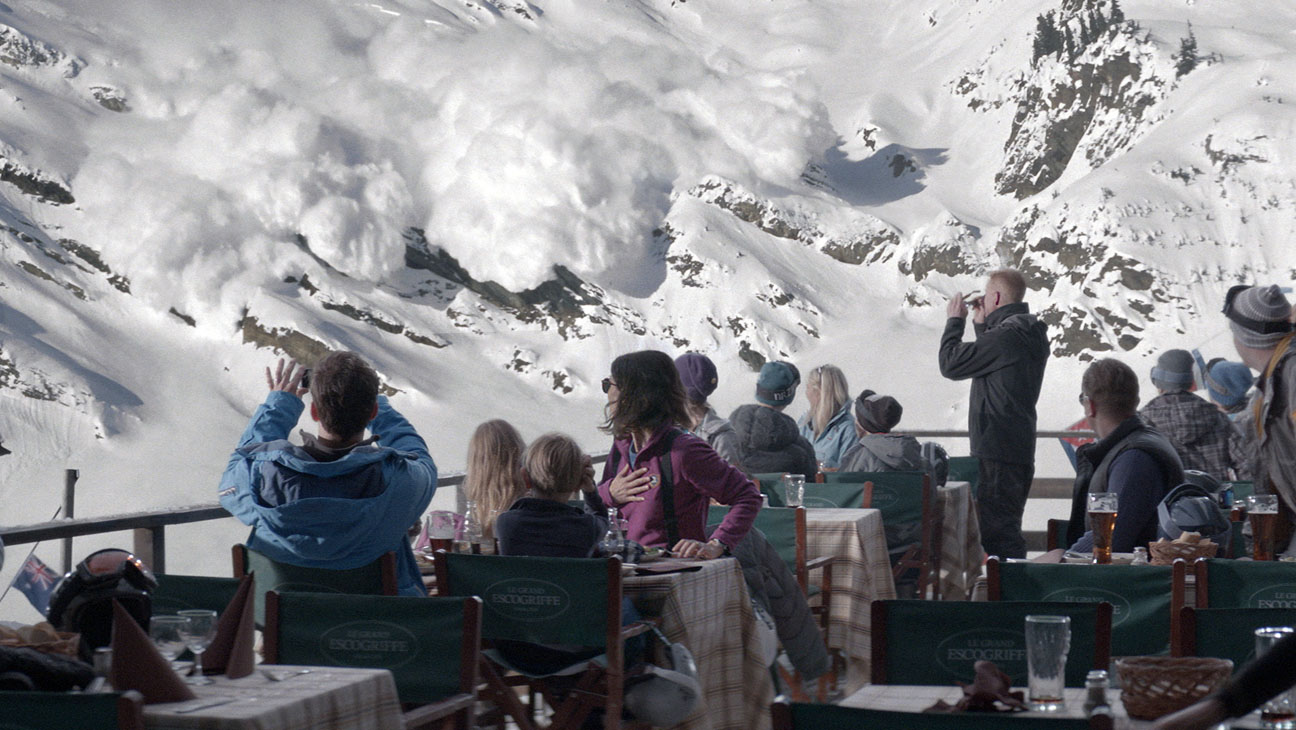 Force Majeure came to the Festival with big expectations and a fascinating premise, and I also can quite easily say it was the most successful screening so far at Melbourne International Film Festival as a whole that I’ve attended – a packed out screening, rapturous applause, and an easily perceptible strong exit poll. And yet here I was, feeling like a lone dissenter in the avalanche of one cinema’s overwhelming positive vibes. There are parts I like – performances are across the board impressive (given the limitations in script, which I’ll get to shortly) and the 2.35 Aspen ratio captures some beautiful mountain and snow scenes (it’s a more curious choice for the talk and close-up heavy rest of the film however) and there are some great scenes that work on their own, but as a whole ends up feeling like a missed opportunity in its blandness.

It’s a premise that did seem to strike a chord, even people who didn’t see the film could recite it to me if I even mentioned the film to someone at the Lounge or in a queue somewhere, and it is promising. On the second day of a ski vacation with his family of four, an avalanche alarm sounds at the restaurant as they have lunch, and one does come slightly too close for comfort, briefly sending the entire restaurant into panic – amongst the confusion, husband and father Tomas (Johannes Kuhnke) runs in terror rather than stay with his family. Seemingly in denial, he returns and carries on as usual, and this takes a significant toll on his relationship with wife Ebba (Lisa Loven Kongsli) which drives the rest of the film – the avalanche clearly metaphorical, as other realisations quickly come to snowball.

However, the film eventually becomes more interested in provocative hypothesising than any real insight, and suffers due to lack of any real depth into the characters. Hinted at by director Ruben Östlund in a pre-recorded message played before Melbourne screenings, the film is more interested in questioning our own significant others and what we would do in the situation rather than any real exploration of the issue itself, and in case we missed that hint, we have a surrogate couple (one of whom is Game of Thrones actor Kristofer Hivju who impresses here) who argue amongst themselves about what would happen if it had happened to them. I can just imagine an obnoxious, in your face hypothetical marketing campaign if and when the film gets a theatrical release. This central question is briefly entertaining, but not that useful – as the film posits, we don’t know what would happen when fight-or-flight instincts kick in, so it’s a moot point – in any case, I didn’t feel the need to do too much soul-searching afterwards. It hints at the ramifications this might have in shallow notions of masculinity and such, but it doesn’t really deliver.

Ultimately, we don’t really know enough about these characters for this to work as anything more than a shallow intellectual exercise. Even in the establishing shots, Ebba and Thomas are generic, white, affluent beautiful people and nothing more. They don’t even mention anything of their past or relationship except with vague comments like “this isn’t us”. We feel like we know the other couple far more intimately in a quarter of the screen time, but Tomas and Ebba are simply too bland. I’m not even going down the “rich white people problems” avenue of critique per se, but rather my beef is that it’s people we simply come to know nothing about – I’ve also never thought a film needed a sex scene (before or after the incident would do) as much as this one did – just something to shed light on some aspect of the relationship would have gone a long way. There are a couple of scenes between the two like in their shared bathrooms and the actors can convince but there’s just not enough to chew on in the script.

This could be recoverable, but the latter half of the film becomes more interested in cringe comedy and awkward laughs, especially as some performances descend into histrionics. It’s enjoyable for the most part and some scenes have tension that you could cut with a knife (or something else, in perhaps the film’s best moment), and the final scene is actually pretty special, but the film never comes together as any cohesive or incisive work, rather a collection of tonally different moments; plenty of great scenes but far less than the sum of its parts. With a stronger sense of character and a more serious take, this could have been a very good film – there’s potential for a near-Bergmanesque marital drama here – but this is one of the disappointments of the Festival so far for me.