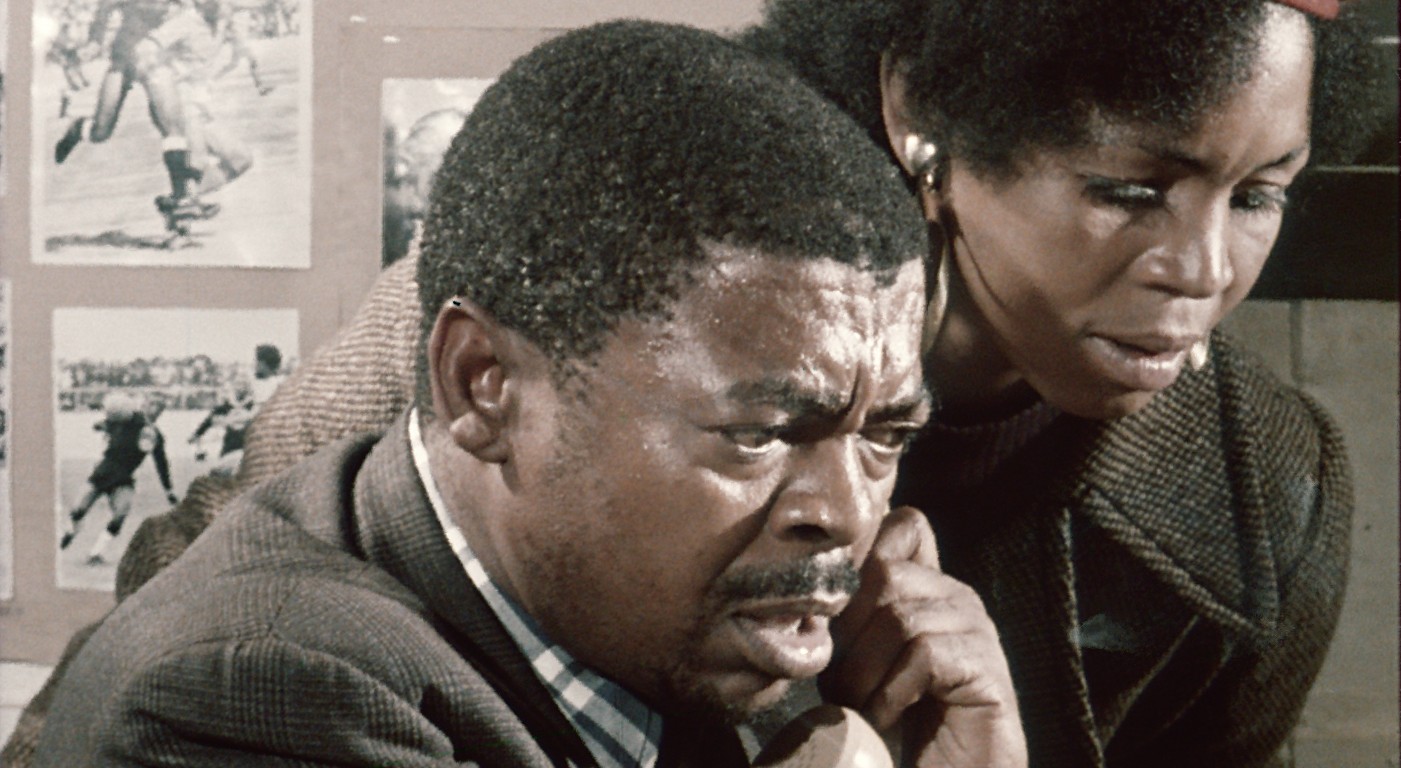 Not once in the South African blaxploitation film Joe Bullet does its hero, Joe Bullet, shoot a bullet. He (via the man playing him, Ken Gampu) is plenty of great things – imposing, eloquent, a sharp dresser, a fast runner – but it’s always through his bare hands and the occasional bit of stealth that he makes it out of peril alive. It’s one of a few surprises that complicates the obvious James Bond comparison, and makes it clear that the main thing on the mind of Tonie van der Merwe’s 1973 crime adventure is to have a good time. Sadly, the Apartheid regime had other ideas, banning it after two screenings in that year for it to be revealed to the world only now in this digital restoration from Gravel Road Entertainment Group. In this day and age, just by virtue of being such a fun action-hero jaunt, it stands as a defiant flip-off to a regime that prevented black South Africans from crafting their own destiny.

The film actually goes to great lengths to establish Joe’s skill with a throwing knife, which might have become his own Walther PPK-esque tool of choice if he had gotten the long and pulpy series that this seems keen on setting up. Certainly Gampu would have been a great screen titan – when the theme song (which practically makes up the entire score used over the film’s 85 minutes, though there’s some other bits of funk music that give it character) talks about how ruthless and capable he is, you buy it just from his eloquent tone of voice and the love he shares for comrades like his right-hand man Popeye (Jimmy Sabe). His main task is an elite soccer team, the Eagles, that he must protect from malevolent gangster-kidnappers, which involves plenty of outwitting and outfighting and doesn’t stop to expound for too long on everyone’s characters. There’s a barely helpful love interest (Abigail Kubeka), there’s a mystery villain hidden by the old trick of cropping the face out, and the whole affair is shaggily but affably presented in the exploitation tradition.

The film’s willingness to put the simple plot on skids for long, gratuitous detours into other pleasures are strangely essential to it being so amusing. The opening credits are inexplicably set at a car wash, gazing upon Joe’s hot-red ride like it’s his own Aston Martin. There are long scenes set at a dance club where some kind of plot-relevant conversation is supposed to happen here, but it spends more time hanging out on the dancefloor with Kubeka and a bunch of extras. The villain orders a phone call to be put in to a karate-wielding contract killer, and you bet your bottom rand that there’s a full minute of this guy cutting the air with his hand chops. There’s weird cuts and sound drop-outs all over the place, and one rendezvous scene at a stadium has a distracting looping sound bed that makes the plot that much easier to forget. The broad beats of people being kidnapped and Joe giving frantic chase are there, with a scrappy physicality that puts it perfectly in line with genre flicks of that era, so the basic form of a narrative is there to jibe with even when its moment-to-moment telling doesn’t make a whole lot of sense.

This isn’t to say that its core appeal should be divorced from its political context. It’s no accident not only for the film to have a full cast of black South Africans, right down to the stadium extras, but for there to be not even a vague acknowledgement of white authority figures to contend with. The conversation between the Eagles’ managers state pretty clearly that they’re a team of wunderkinds who just need to learn when to share the ball and collaborate. From that moment on, the main characters, however sketchy and trope-driven they are, aren’t on some journey to find superiority within themselves, but people who already have that and have to work together, and there’s something heartening in that. Make no mistake, it’s silly as all hell, and its ending is as abrupt and hilarious as they come. Its only real goal is to entertain by whatever means available, and the context those means existed in is a co-existing story that’s more sobering than anything in the result that Gravel Road have gifted us with. Still, both can and should be appreciated side by side when watching Joe Bullet, which wears formal imperfection on its sleeve and having scuzzy charm to spare.