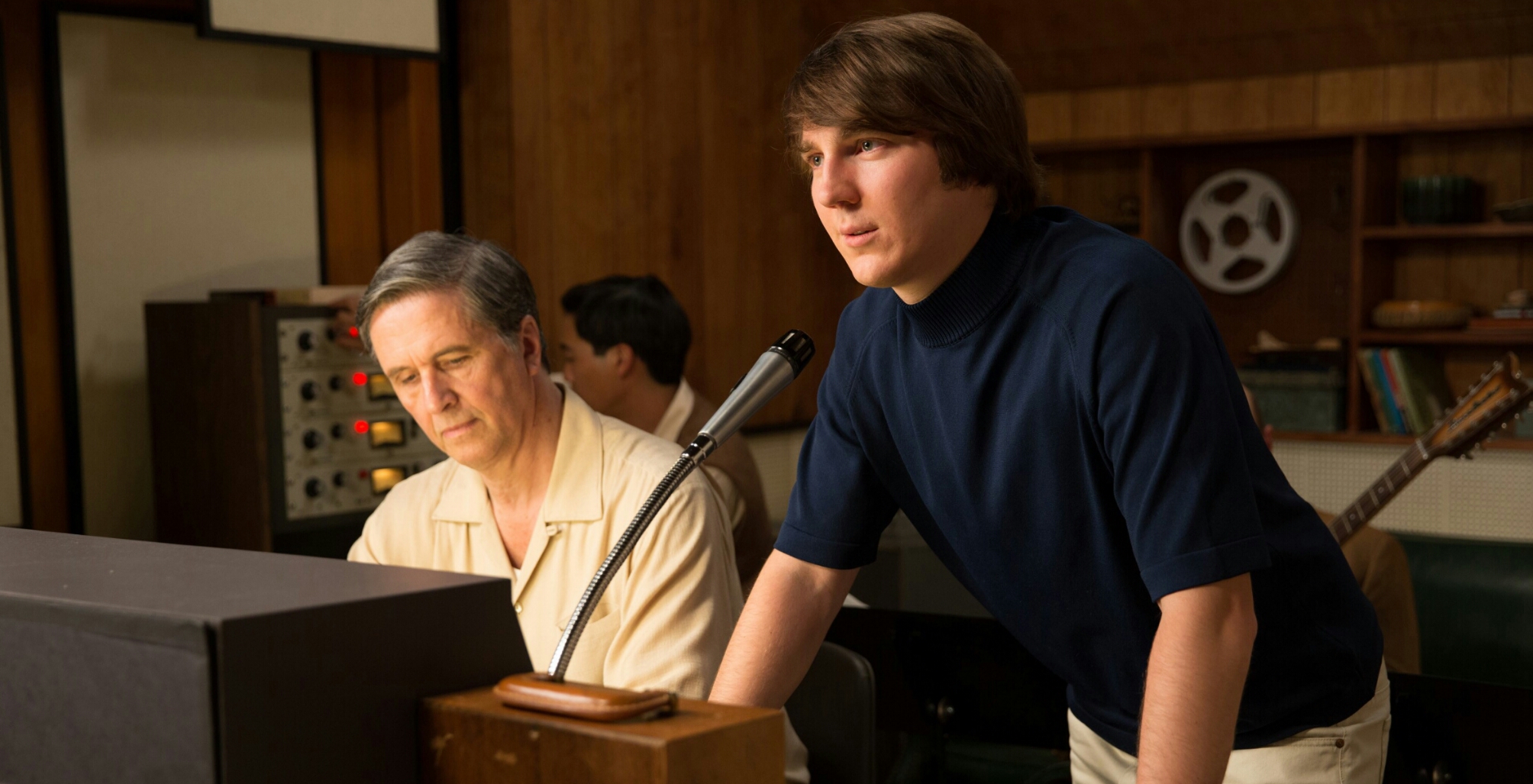 Bill Pohlad’s film about Brian Wilson, the musical genius behind the Beach Boys, becomes one of the more unusual and enigmatic biopics in recent memory purely by virtue of the fact that it is two distinctly separate narratives smashed together. Therein lies the root cause of many of the problems of the film, that the narratives of young Brian (Paul Dano) and middle-aged Brian (John Cusack) never really coalesce effectively until the abstract and surreal climax. That said, each plot thread on its own makes for mostly compelling viewing, with some transcendent moments peppered throughout, and despite the narrative faults, which lie primarily at the feet of the film’s screenplay, it is an ambitious debut feature that manages to effectively endear and connect us to the divergent identities and incarnations of Wilson.

It’s clear, though, that the impetus for the film’s creation is the elder narrative, how Wilson was manipulated and overmedicated by his psychiatrist, Dr. Eugene Landy (Paul Giamatti), and saved from this by Melinda (Elizabeth Banks) – a story not necessarily well known by casual fans of the Beach Boys, but the real heart and soul of Love & Mercy is in the story of musical creation. The Dano plotline, wherein Brian concocts the masterpiece that is Pet Sounds and battles creatively with his cousin, Mike Love (Jake Abel), might be a more traditionally oriented narrative for a biopic but it is so effective, particularly in scenes of musical experimentation. The montage of Wilson messing around with different noises and tones for the background of Pet Sounds tracks is utterly delightful, particularly when he plucks piano wire with bobby pins to create the opening notes to “You’ll Still Believe In Me”.

The real standout of the film is actually the sound design and sound mixing from Atticus Ross; the way in which snippets of dialogue is overlayed with an amalgamation of familiar and unfamiliar melodies aims to position the viewer inside Wilson’s mind (the film asserts that he heard a lot of his songs from voices in his head) is really transportative. 1

The film’s cinematography, courtesy of Wes Anderson regular Robert Yeoman, is packed with bright colours in what clearly amounts to a somewhat conventional retro glaze, though anytime the filmmakers play with form, re-enacting music videos or behind the scenes footage, Yeoman shows off a remarkable knack for replication, and one wishes his visuals were as experimental as the sound design of the film.

The script, co-written by Oren Moverman and Michael Lerner, does take the air out of many of the performances – Giamatti is the biggest casualty, whilst he delivers an erratic and intense turn the script renders him a near-cartoonish villain. Dano, though, is consistently impressive, surprisingly at his emotional peak anytime he sits in front of a piano, which for a musical biopic is a rare talent. Cusack has the harder role to play, needing to act as an extension of Dano’s interpretation, he instead plays Wilson in his own way (akin to Haynes’ I’m Not There), climbing over some trite dialogue to provide an unusually tender performance, with glimpses of youth shining through his eyes; in short, he definitely acquits himself. Banks is likewise impressive, bringing nuance to what could have been an almost thankless role (as the Cusack narrative is oft-sidelined, her role is diminshed on the whole).

Whilst the film is uneven throughout the passion Pohlad and his team have for Wilson’s life is on clear display; in spite of narrative clunkiness and a lack of visual experimentation, the sudden surge of emotive potency when the right song is played at the right time (diegetically or not) makes Love & Mercy an endearing shaggy dog of a musical biopic.